Sub-Sahara African oil producing economies, seeking to rebound and ramp up investments in the oil and gas sectors after a destabilizing and difficult year, may not materialize as planned, GlobalData, a leading data and analytics firm suggests.

This is as a result of the fact that, investments and new projects in oil and gas sectors in SSA are waning. As such, the largest producers of oil in the region— Nigeria and Angola— are forecast to see declining crude oil and condensate production from 2021.

Additionally, the number of projects to take off are only small and are to begin in the next five years, Global data pointed out. Nonetheless, the region has huge potential, and is likely to overtake Europe in regional oil production on the basis of proper use of the resource.

Commenting on the forecast, Conor Ward, Oil and Gas Analyst at GlobalData indicated: “Sub-Saharan Africa has so much potential. It could easily overtake Europe in regional oil and gas production if utilized properly.

“However, companies have been more cautious than ever over their investments. Some of the huge discoveries made over the past decade have seen significant delays with no final investment decision (FID) in sight: as is the case with Shell’s Bonga Southwest/Aparo, which was discovered over 20 years ago.”

According to GlobalData analysis, European majors are gravitating towards an increasing “gas-heavy portfolio” in order to reduce their carbon emissions. Thus, this is forcing European majors to reallocate capital away from oil heavy developments to lower carbon projects.

Based on available data, total production of oil in sub-Sarahan Africa will reach about 6,000mboed, with only about six projects coming online in 2021. But, total production will drop slightly to close to 5,000mboed as the number of projects also drop to six.

Furthermore, the forecast by GlobalData regarding sub-Saharan Africa’s total output barrel of oil equivalent per day (boed) is set to grow to 2025. This follows increased production of natural gas which will begin to outweigh crude oil and condensates.

Also, gas currently makes up 22 per cent of the sub-Saharan Africa regions’ production and is forecast to grow to approximately 30 per cent by 2025. However, per GlobalData’s analysis, the forecast hinges upon multiple developments that have not yet received a final investment decision (FID).

Conor Ward, further asserted that:  “Sub-Saharan Africa is seeing a shift of investment away from the more developed countries in the region, most notably Nigeria, and more towards frontier countries such as Mauritania, Senegal, Mozambique, and Uganda as the fiscal terms offered by the host countries are far more appealing and have a large untapped resource base.

“If Nigeria wishes to continue to attract investment and achieve a plateau in production, it will need to tackle the above ground risks which companies face.”

Ghana’s projected oil production increase to 500,000 barrels per day by 2024 likely to delay 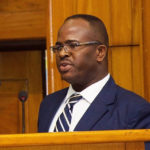 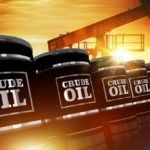 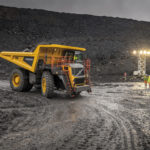 Why is no one calling for the head of corrupt Finance Minister?- Sammy Gyamfi