The Ghana Revenue Authority (GRA) has set a provisional tax revenue target of GH¢60 billion for 2021, representing a 32.3 percent increase over the 2020 actual collection of GH¢45.338 billion.

Rev. Ammishaddai Owusu-Amoah, the Commissioner-General, who announced this, said that although the task appeared daunting, GRA would implement innovative measures to meet the target.

“We are not stopping there, whiles we are waiting for the Minister of Finance to tell us the overall budget that we have to collect for 2021, we have set for ourselves an aggressive target of collecting 60 billion in 2021. This represents about 32 percent year-on-year increase if we compare to the 45 million that we collected this year. Definitely, this is an ambitious target, but we have underlying strategies and programs to ensure that we will be able to get to this target,” he said.

Among the measures to achieve the 2021 revenue target is the Introduction of New Excise Tax Stamps with enhanced security features, which are difficult to duplicate from the 1st of January, 2021.

Rev. Owusu-Amoah said that GRA had adopted strict measures for the distribution and monitoring of the stamps to ensure that only recognized manufacturers and importers of excisable products receive them and that they are all duly accounted for. He added, however, that the old and new stamps would both be in circulation until the old stamps were out of stock.

“This replacement of identification will enable the organizations share important data and also help identify and rope in eligible taxpayers, especially in the informal sector,” he said.

According to Rev. Owusu-Amoah, GRA would step up efforts to tax players in the e-commerce market, which sector has been a challenge over the years, using staff with the requisite training to enable them to identify players in the sector for tax purposes. Also, the nationwide restructuring of Domestic Tax Revenue Division would be fully completed in the first quarter of 2021 with the aim to create offices not on the basis of turnover as it was previously but rather based on jurisdiction.

Rev. Owusu-Amoah said GRA would deploy Information Technology tools in its digitization drive with the rollout of the next phases of IT systems that were deployed in 2020 such as ITaPS and ICUMS to make it more convenient for taxpayers to honour their tax obligations and also to prevent tax evasion and avoidance.

On the African Continental Free Trade Area (AfCFTA), the Commissioner-General mentioned that AfCFTA trade through ICUMS commenced on the 18th of January 2021. Per the initiative, Customs will implement six of the agreements namely; Tariffs schedule, Rules of Origin, Customs Cooperation & Mutual Administration Assistance, Trade facilitation, Non-Tariff Barriers and Transit. He added that although this might not have a direct revenue benefit, it was expected to create job opportunities through increased trade.

The Commissioner-General said that GRA would in 2021 step up the prosecution of tax defaulters and persons who infringe on tax laws with the launch of a dedicated and special court for tax cases, as well as the recruitment of more professionals to join the Prosecutions Unit.

“With these structures in place, we would like to sound a strong word of caution to tax defaulters and persons who indulge in fraudulent tax practices that they will be prosecuted expeditiously according to the tax laws,” he intimated.

“We have also employed Data Scientists and Data Analytic officers. All these will enable us analyse and compare data from other institutions to uncover non-compliant Taxpayers,” he added, noting that ultimately all these measures would help the GRA meet its target. 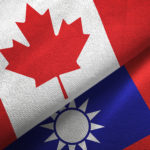 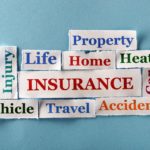 A New Insurance Bill Has Been Approved By Cabinet 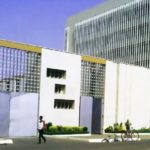 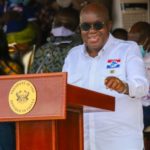 Breaking the Ex Gratia cycle: Who takes the risk?