A well-known financial analyst and strategist, Dr. Daniel Seddoh, has cautioned the government against using borrowing to support the local currency. This move, according to the financial expert, is unsustainable and inefficient especially in times of a global pandemic.

Rather, Dr. Seddoh suggested that the government should concentrate on improving the country’s export system. He reminded the government that it is in competition with the rest of the world and that it must do everything possible to remain competitive and efficient.

“To borrow to prop up the cedi is not the way to go. We need to be productive and be efficient at production to export.  Now we must know that we are competing with the rest of the world. So, if we produce and we are very expensive, we are not competitive. So, we must find ways of being efficient.”

The strategist proffered a solution, advising the government to provide long-term answers to the ever-depreciating cedi rather than relying on momentary measures to keep the currency stable.

The financial expert advised the government to lower taxes in the country and give people the latitude to export. According to the expert, if the government implements these measures, it will improve the situation of the Ghana cedis against other currencies.

“…it’s the chicken and egg situation. Government must do something and reduce the taxes, let people produce efficiently, [and] export. Then you get the foreign currency. But if we don’t do that and we think people will bring money, when its time to take that money out, then we are under pressure; that’s the cycle we have been running and that’s what we are seeing.”

Dr. Seddoh advised Ghanaians to cut their import rates in the country. He argued that the majority of the imports can be gotten in Ghana.

“…we do a lot of imports– unnecessary imports. Then what is letting us encourage those imports is because we are generating tax revenues from the ports. So, we will have to tell ourselves we must give something to get what we are looking for.”

The financial consultant and strategist equally urged the government to find a balance between imports into the country and exports out of it. This, he believes would reduce pressure on the foreign exchange.

“Let say a lot of people who consume foreign exchange are those who import. Can we get those groupings to also get themselves in importing so that as they are consuming, they are generating? For me, if we can get that balance, it would reduce the pressure.”

The Bank of Ghana earlier indicated that, it will pump US$450million into the forex market during the first quarter in a bid to stabilize the local currency against the US dollar. This move is aimed at tackling the occurrence of speculation – which is a major cause of cedi-depreciation, especially in the first three months of the year.

This was announced in a release by the bank on the auction target calendar. From the calendar, the central bank is ready to accept bids of up to US$150million each month in the first quarter. This comes after the local currency recorded a 4 percent depreciation against the US dollar at the end 2021, despite an earlier appreciation. 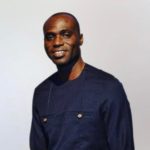 Without SAATM, AfCFTA will be meaningless – Mr. Richard Kyereh 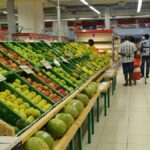 Ghana: Households to Allocate 43% of Budget to Foods and Drinks in 2021- Fitch Solutions 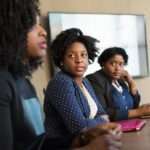 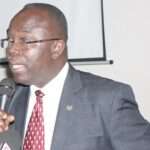