Hospital visits by Pensioners going up, reevaluate your operations to help them- SSNIT Told

The Social Security and National Insurance Trust (SSNIT) has been urged to assess its operations in order to provide more benefits to Pensioners than they currently get.

Mr. Mashoud Abdallah, the Director of the Africa Centre for Retirement Research (ACRR), who made the call, highlighted that the number of Pensioners visiting hospitals for medical treatment has recently increased.

This, he asserted, is already affecting the financial situation of pensioners, necessitating a review of SSNIT’s activities to support them.

Pensioners are set to earn approximately 10% increase as a result of the new modifications. The Trust also stated that all Pensioners would get an increase equivalent to or greater than the planned inflation rate for 2022.

The effective increase in pensions would therefore range from 9.683% for the highest earning pension to 10.83% for the lowest pension earner.

The policy analyst refuted the claims by media houses that Pensioners benefits have increased by 10 per cent. He mentioned that the increase is in fix rate and flat rate which is not equal to the 10 per cent reported by media houses.

“There have been increased hospital visitation by pensioners and that adds additional cost to the already high budget. I would have expected that the minimum pension will go up especially when you bring in the element of how the spate of prices increases in the economy.

Mr. Abdallah posited that the current country’s inflation rate makes an increase in the SSNIT indexation rate by that margin uneconomical. Hence, SSNIT should do better than what they are currently doing.

“So, if you take the inflation and the development of the inflation over the years you will realize that it is basically unacceptable for you to keep minimum pension of 300 for four years.”

Positive Reaction to the News

On the other hand, some sections of Ghanaians did not chastise the Trust but rather commended them for the increase in these current hard times in the country. They believe this increment will go a long way to increase their purchasing power and help them afford basic items in the country.

Contributors and pensioners indicated that while they had hoped for a bigger percentage increase given the situation of the economy, they were pleased and motivated to continue contributing.

They stated that the increase will go a long way toward bettering the lives of pensioners, and that such increases should be made on a regular basis to motivate contributors and others to contribute as well.

Mr. George Owusu, a pensioner, asserted that the raise is beneficial because it will allow him to better meet his demands. He averred that while the percentage could have been higher, it was better than nothing because there had been no increase in a long time. 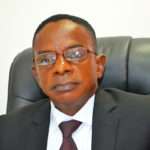 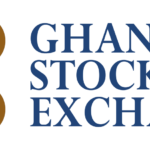 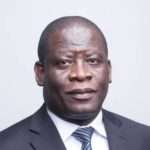 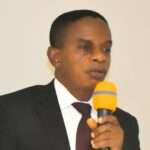 SSNIT Officials Implicated In The $11.79 Million Pension Investment Loss To Be Sanctioned