The loss suffered on Friday, November 26, 2021, has pushed all major indices into the red zone territory. The downturn in these stocks and decline in demand for bargain stocks, highlighted how the market that outperformed in the first half of the year and up to the middle of November, have been retreating lately.

Understandably, the recent lag in performance can be traced back to the government of Ghana’s budget presented on the floor of Parliament which contained a contentious tax on electronic transactions.

In the same vein, the level of market activity, which was dominated by the activities in the financial sector, faltered. At the end of the last weekday of trading on the Ghana Stock Exchange (GSE), a total of 307,688 shares, corresponding to a market value of GHS 982,417.70, were traded. Compared with the previous GSE trading day (Thursday, November 25), Friday’s data showed 86 percent decline in volume and a further 66 percent decline in turnover.

The wild lacklustre week, which saw many major stocks depreciated was climaxed with another loss on Friday. In all, seven(7) GSE equities participated in trading, ending with one loser, namely Fan Milk Ghana (FML), while the rest of the stocks traded flat, with no change in previous prices.

FML closed its trading day (Friday, November 26, 2021) at GHS4.00 per share on the Ghana Stock Exchange, recording a 0.5 percent drop from its previous closing price of GHS4.02. In this year 2021, Fan Milk Ghana Limited is one of the best performing stocks. It began the year with a share price of GHS1.08 and has since gained 270 percent on that price valuation, ranking it first on the GSE in terms of year-to-date performance. Nonetheless, investors are worried as a result of FML’s recent poor performances. It has lost 11 percent of its value in the past four weeks alone.

Fan Milk Ghana is the fifth most traded stock on the Ghana Stock Exchange over the past three months (Aug 31 – Nov 26, 2021). FML has traded a total volume of 1.61 million shares valued at GHS 5.92 million over the period, with an average of 25,520 traded shares per session. A volume high of 230,400 was achieved on November 26, for the same period.

Analysts pointed to profit taking as a factor in Fan Milk Ghana’s recent losses including the one suffered on Friday’s session.

Topping the chart of most traded stocks by volume was Fan Milk Ghana Limited which recorded the highest volume of 230,400 traded shares. It was followed by CAL Bank (50,000), MTN Ghana (12,341) and SIC Insurance Company completed the top movers list with 11,700 traded shares.

It was a bearish situation across the sectoral front, as all sectoral indices closed in the same direction – Southward, except the financial index which maintained its value. The benchmark GSE Composite Index (GSE-CI) pared 0.23 points (-0.01%) to close at 2,859.57 points, representing a 1-week loss of 2.05 percent and another 4-week loss of 0.17 percent, but an overall year-to-date gain of 47.28 percent.

The GSE Financial Stocks Index (GSE-FSI) which measures stocks of financial sector and insurance, however, maintained its value at 2,078.33 points, making it a 1-week loss of 0.03 percent, a 4-week loss of 0.18 percent, and a year-to-date gain of 16.58 percent.

Experts predicted that though the market will witness some form of volatility going into the week, the rejection of the budget by Parliament will have an effect on the market, as bulls may return on the GSE to drive trading activity. 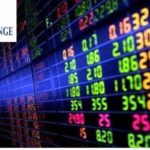 GSE Performance Tumbles at the End of Last Friday’s trading 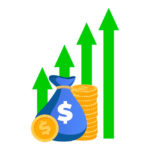 Market Cap Gradually Picks up After Previous Decline on GSE 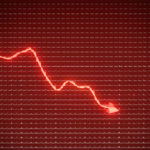 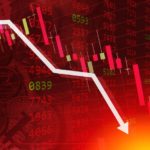