“Mockery from fellow artistes has damaged my brand” – Patapaa

Ghanaian controversial musician, Patapaa Amisty has disclosed that some unpleasant wordplay used on him by his colleague musicians has damaged his brand.

This follows a recent attack Patapaa launched on Tracy Sarkcess, the wife of multiple award-winning rapper, Sarkodie. Several people have called out Patapaa to apologize for the harsh words he used.  However, Patapaa remains unremorsed over the words he used and said he would render no apology considering the damage Sarkodie and some other musicians have caused him that has led to damaging his brand and music career.

“People have said all kinds of things against me, following my comments on Sarkodie but they failed to recognize the damage he has caused my brand. I have lost ambassadorial deals due to some of the wordplays in his songs and for me that is unfair.

“I have lost the respect of many people in the industry due to some unpleasant lyrics used on me by other artists and has had a negative effect on my career which has stalled my progress as a musician”.

Patapaa further speaking on the issue revealed that his family and friends also feel aggrieved by some unpleasant words used on him. He also noted that he sometimes feels the music industry has been unfair to him.

Patapaa then called for fairness from all music industry stakeholders as he also deserves the same respect they give to other top musicians.

Background of the story

Following this, Patapaa launched an attack on Sarkodie and his wife. In the viral song, ‘Throwback Diss’, Patapaa picked on Tracy for not advising her husband, Sarkodie, to avoid dissing him in his songs and further used some unsavory words against her.

But when he was asked to apologize to Tracy in an earlier interview, he said he doesn’t know her and that he owes no one an apology for his words.

“Who is Tracy?” he said when asked to apologize to her. “What are you saying? When Sarkodie recorded the song, didn’t she listen? Don’t they sleep in the same bed?”

According to Patapaa, Tracy should have been wise to advise Sarkodie not to diss him but allowed it, so she deserves the diss song he recently released.

“My wife would not accept it when I diss Sarkodie in my song. She would ask why I’m mentioning his name. I’m not insulting that girl, I’m insulting Sarkodie. I don’t know his wife. I won’t apologize to her because I don’t know her. I can swear if his wife is wise, she wouldn’t allow Sarkodie to insult me”.

He also disclosed that Sarkodie told him how much his wife, Tracy Sarkcess, loves Patapaa when they met at an embassy some time ago. Therefore, it comes to him as a surprise that Sarkodie will diss him in that track.

Well, Sarkodie hasn’t been the only artist to be in Patapaa’s bad book. Patapaa started ‘beef’ with Shatta Wale and Amerado after they dissed him in their respective songs. 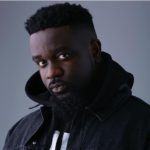 I am not inspired yet- Sarkodie hints at not releasing a new song. 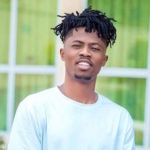 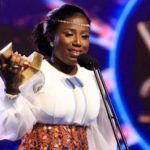 Diana Hamilton is VGMA 21 Artist of the Year 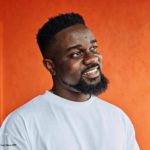