According to her, the school has not been in operation since the beginning of the year. As such, EduWatch has no basis for including the school as part of registered schools. Mrs Teye-Cudjoe explained that senior high schools such as Beposoman Muslims SHS and Kikam SHTS included in the report were not “participating schools for the exam”.

Addressing a press briefing in reaction to issues raised in the EduWatch 2021 WASSCE Ghana monitoring report launched yesterday, Mrs Teye-Cudjoe noted that the Council has reviewed the “contents of the report” and observed that most of the issues raised were addressed during the Council’s first and second updates of the exam.

WASSCE Performance In Totality, A “Sign of Good Progress”- EduWatch

The Head of Public Affairs at WAEC drew the attention of EduWatch to some “inaccuracies” contained in its report to set the “records straight”.

Per EduWatch’s report, it sampled a “frame of 100 schools” from which information on alleged examination malpractices during the 2021 WASSCE was drawn out.  Fifty schools being examination centres, were purposively selected based on EduWatch’s ability to undertake a successful entry and monitoring.

The Council, Mrs Teye-Cudjoe underscored, has taken serious note of the allegations made in the report of “malpractices in certain schools” and will probe the issue further to ascertain the veracity of the claims made.

Leakage of papers in WASSCE

Touching on EduWatch’s claims of papers purported to have leaked, Mrs Teye-Cudjoe noted that the report claimed “a total of 11 papers leaked”, a phenomenon she described as a “question of law and facts”.

Elaborating on “some specifics” of EduWatch’s claims of leaked papers such as Food and Nutrition paper 3, Mrs Teye-Cudjoe revealed that issues raised were addressed and has been done on “several occasions”. As such, the Council finds it “baffling” that Mr Kofi Asare, Executive Director of EduWatch continues to refer to the paper as having “leaked”, when he was the person that “forwarded the fake paper to us”.

“One wonders why Mr Kofi Asare would send false information when he had the actual”.

In the case of English Language 2 and Mathematics Electives 2, Mrs Teye-Cudjoe noted that the office had indicated in its second update that after scrutiny of the several versions received, the Council detected those extracts of the questions were included in the versions that had been received earlier by its monitoring team from various social media platforms and telegram channels.

“We also indicated that WAEC was going to employ various internationally accepted procedures and interventions to ensure credibility of the results for those papers. The Council security tracked and arrested Jerusalema (Godfred Darko), the source of the handwritten questions for Mathematics Elective 2 and handed him over to the police. Investigation are ongoing”.

Read Also: Digitalization is not a Substitute for Economic Development- Isaac Adongo 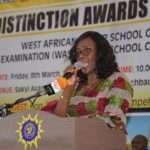 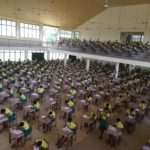 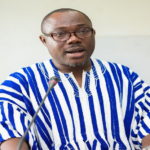 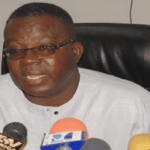