The survey was conducted under the direction of Nana Ama Agyemang Asante and Betty Kamkam-Boadu, both freelance journalists in Accra, with support and funding from the City University of London’s journalism department.  The study focused on monitoring six of the widest reaching and important news broadcasts (two TV and four radio) in Ghana.

Data gathered across the Ghanaian news media between February and June 2021 show that men dominated radio and television programs overall – in terms of presenters, correspondents and interviewees. And the same imbalance was true of invited experts.

Yet, only 129 of the expert guests were female, representing just 8.8% of the total number of experts interviewed on all the programs. Generally, the study highlighted that throughout the period, the ratio of male to female experts was less than 10 to one. This indicates that, in every five weeks on the six selected shows, only one female expert is interviewed compared to 10 male experts, the report stated.

Reluctance of women to appear on shows

Commenting on the findings, Nana Ama highlighted that despite being 51.2% of the population, Ghanaian women’s voices and expertise remain unacknowledged in the media. According to her, producers argued that the disparity is due to a reluctance on the part of women to appear on shows. However, she highlighted that the figures also show that male experts were given more time during interviews than women.

“The media’s gender gap is not only unfair to women, but it also reinforces harmful and dangerous gender stereotypes”.

The research project also interviewed some of the program producers and hosts to explore why few women experts were appearing on their shows. The responses in many cases highlighted the reluctance of women interviewees to put themselves forward.

For example, a host at JOY FM which featured 320 men and 30 female experts during the period surveyed responded:

“I’ve had many female guests … give many excuses why they cannot be on the show. They blame the timing, or the subject is just simply too controversial or that it is too political and they don’t want to get involved”.

Of the six programs surveyed, the one that featured the most women was Morning Starr with 48 female experts compared with 364 men. This program also had the greatest total minutes of airtime devoted to women’s voices (just over two and a half hours) – although men’s voices by comparison were heard for over 35 hours.

Worst of all in the survey, was the TV program PM Express which did not interview a single female expert throughout the five months that were surveyed.

Readiness to respond to journalists

“I don’t get to interview a lot of women. Every morning, things happen and when things happen, the natural order is to find somebody as soon as possible, who can readily respond to what’s happening on the go. Now, often when you call a man, they may give you a minute or two to ask for context and then, they will say, okay, let’s go. But for a woman, they will say, ‘Well, I will need about six to 12 hours to prepare well to give you proper context’. And so once that happens, the natural fall-on option is not the woman”.

Research in the UK interviewing broadcasters as part of the City University project had revealed a similar response. Women apparently need to be wooed “like a princess”, the authors noted.

Given this wide disparity, it looks as if “blaming” women for not being more willing to come forward is not an adequate response, the authors said. If women are to have a public voice in Ghana’s media ecology, then more needs to be done to change the status quo. 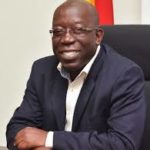 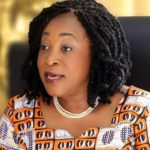 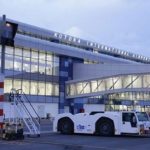 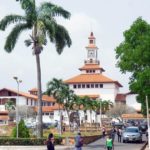