The handling of the financial crisis under the administration of the National Democratic Congress (NDC) government has been described as “gross insensitive approach” by the ruling NPP administration.

Chiding the then administration of failing to act quickly despite the stark harbinger of collapse of banks, the NPP further noted that but for the timely intervention of their entrance, things could have been worse off.

Nana Akomea, a member of the communication team of the New Patriotic Party (NPP), speaking at a press conference maintained the party’s position of returning sanity to the banking sector.

Narrating the ordeal suffered by banks during the financial meltdown, Nana Akomea claimed the NDC government “lost control over the fight to restore sanity in the banking sector” while the former president, John Mahama “sat aloof as the problem metamorphosed into a full- blown crisis”.

As such, “a total of 9 universal banks, 23 specialized deposit taking institutions and 386 microfinance and credit institutions, were on the verge of collapse when the NPP administration assumed power in 2017”.

“Such was the gross insensitive approach adopted by the NDC government at the height of the financial sector crisis.”

The former Member of Parliament and Minister stressed that the opposition NDC instead of resolving the issues rather blamed depositors for poor decisions made.

“In the meantime, what did President Mahama’s government have for the unfortunate customers of these financial institutions? Sadly… when these customers cried for help from government, Mr. Mahama and the NDC rather blamed them for their bad investment decisions and indicated that government was in no position to address their predicament.

“In fact, Mr. Asiedu Nketia, the General Secretary of the NDC is on record to have said, and I quote, “How can victims of the DKM microfinance scam demand that taxpayers’ money be used to reimburse them when their bad investment decisions had nothing to do with government?””

Comparatively, Nana Akomea believes the ruling party has done a yeoman’s job in reconciling and resolving the economic and financial jeopardy the country was wallowing in.

“The empathy-driven approach of the NPP government in dealing with the crisis in the past three and half years, is in sharp contrast to Mr. Mahama and the NDC’s lack of compassion”.

Chronicling the feat attained by the incumbent administration, Mr. Akomea emphatically stated the “new administration, with new leadership at the Central Bank in August 2018, took bold decisive and pragmatic steps”.

“This remains a monumental feat of the NPP and evidences the sensitivity of this government to the plight of Ghanaians. Cognizant of the hardships and liquidity crunch occasioned by the COVID-19 pandemic, this could be described as a prudent approach to ease the already constrained economy, boost economic activity and expedite the return of the economy to normalcy”. 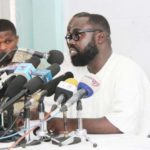 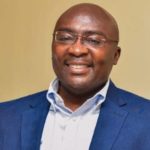 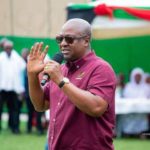 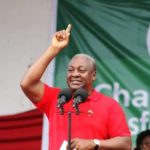 Employment Act; first of its kind in our history – NDC.

GOVERNMENT SHOULD “TEMPER JUSTICE WITH MERCY” – EXECUTIVE DIRECTOR OF ACHPRA