The New Patriotic Party (NPP) has set up a tripartite national complaints committee with the mandate to receive complaints of violations and breaches of the party’s newly introduced Code of Conduct.

The new Code of Conduct which took effect on July 27, 2021,;according to the party is aimed at regulating the conduct of Party Members in both Presidential and Parliamentary Primaries for Election 2024 during the pre-presidential and parliamentary primaries period.

In a statement issued by the General Secretary of the party,;John Boadu, he indicated that it shall be the duty of the National Complaints Committee to investigate each complaint of violations of this Code of Conduct to determine whether or not there is a ‘prima facie’ case.

“Where the Committee has established a prima facie basis in a particular complaint,;it shall make a referral to the National Disciplinary Committee for the necessary disciplinary actions in line with the provisions of the Constitution.”

According to the statement,;supporters and actors within the ruling New Patriotic Party’s electoral process, such as Government Appointees,;Ministers, Board Members, Chief Executives Officers of government institutions,;legislators (MPs), MMDCES, aspirants and potential candidates, and their supporters face expulsion,; suspension, or disqualification should they be found to have breached the party’s new code of conduct which has been adopted by the Party’s National Executive Committee (NEC).

The Party also cautioned communicators of the Party not to use both traditional and social media platforms to campaign for or against any prospective Presidential or Parliamentary Candidate. It further indicated that any Communicator who breaches the Code of Conduct shall be suspended from speaking for and on behalf of the Party.

“This is without prejudice to any other sanctions prescribed in the Constitution. For the avoidance of doubt, prospective Presidential or Parliamentary Candidates shall be held responsible for the actions and inactions of any person or group of persons identified as supporter(s) of a particular Candidate which are in flagrant breach of this Code of Conduct if the prospective Candidate is seen explicitly or implicitly lending support or condoning and not publicly denouncing the activities of any such person or group of persons.

Potential candidates can be disqualified

The Party also said it reserves the right to disqualify any potential Presidential or Parliamentary Candidate or aspirant who either directly or indirectly breaches this Code of Conduct. 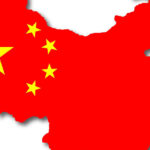 Could China be Spying on African Leaders? 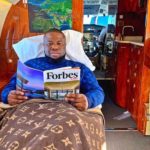 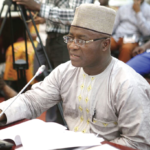 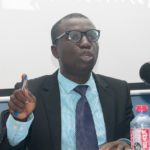