The Concerned Youth of the Volta region has demanded President Akufo-Addo to issue an unqualified apology to the Paramount Chief of Aflao and the people of Volta Region.

Contained in a statement signed by its Convenor, Wonder Setsoafia Deynu, it revealed that they have sighted a video where President Akufo-Addo was seen “throwing a jab” at Torgbui Adzonugaga Amenya Fiti V, the Paramount Chief of Aflao Traditional Area.

President Akuffo Addo’s “intolerant posture” of “mounting vitriolic attacks” on citizens according to Mr Deynu, who voted him into office is not only disrespectful but also “nauseating” and reprehensible.

Mr Deynu further insisted that it is “about time” President Akufo-Addo wholeheartedly accepted “criticism without having emotions” attached.

“We are therefore, calling on the President to, as a matter of urgency, retract and apologize to the Paramount Chief and to the good people of the volta region else we will hold a mammoth demonstration against him and his government”.

Mr Deynu explained that the paramount Chief only demanded one of the Community Day Senior High Schools constructed by the erstwhile Mahama administration to be completed and put to good use.

The subtle attempt by the NPP government, he insisted, to be consistently denigrating, “disrespecting and undermining” the region’s Traditional rulers will not be “countenanced” in any way, as it will be resisted without fear or favour.

“The demands by the revered chief were made when minority caucus of the education committee of parliament paid a courtesy call on him in his palace”.

Recounting various incidents of disrespect exhibited by members of the ruling party, the concerned youth convenor disclosed that during the voter’s registration exercise, Mr John Boadu, General Secretary of the party accused some Volta chiefs of serving as polling station chairmen and station wardens.

With this, Mr Deynu stressed that a “lame, blatant falsehood statement was peddled without any scintilla of evidence”.

“Their national Chairman, Mr Freddie Blay also labelled Torgbui Afede, the immediate past President of the National House of Chiefs, who also doubles as the Agbogbomefia of the Asogli State and President of the Asogli Traditional Area as a ‘Palm wine tapper’ and got away with it. The brazen impunity with these callous name callings and attacks is gradually dragging the names of our eminent chiefs into disrepute”.

Justifying the Chief’s request, the statement indicated that it is not only Torgbui Adzonugaga Amenya Fiti V, who has made such a request, as other “eminent chiefs also did same”.

“The eminent and revered chief doesn’t take tax from citizens and should [not] be ordered to complete an uncompleted project. We are also calling and appealing to the President to complete the E-Blocks and other infrastructures which are at various stages of completion across the country for use as governance is continuous process. Our chiefs have every right to demand their share of the national cake from the central government and air their views on pertinent issues that bothers them”. 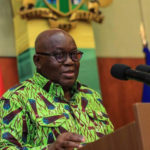 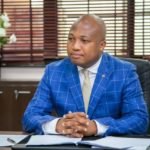 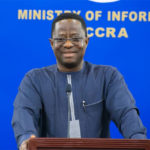 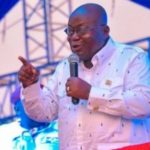