Picture of a private jet

A Boeing Business Jet, currently the one used by president Buhari cost $80M, while the other jets favoured by other private individuals like Dangote and Adenuga are the Gulfstream (400-500 series) which cost $45M.

Other planes used by our elites are Hawker Siddley, Bombadier Challenger 600 series, Global Express, Embraer Legacy and Falcons all depending on the deep pockets of the buyer. The least price of this category is $35million. Forbes magazine claimed that Nigerians spent $6.5Billion on planes in the past five years. You will probably need a scientific calculator to get the Naira equivalent of that amount.

Between 2007 and 2012 demands for private jets by the Nigerian class of the rich rose by 650 per cent. In the year 2000 Nigeria had 20 private jets shared among the presidency, NNPC, Shell and a few individuals.

Ghana: Gov’t Unlikely To Meet Its Revenue Target This Year

That time Obasanjo and EFCC would sniff the accounts of any politician and businessman that ventured to buy a plane. This number has increased exponentially in many folds as corruption and easy money gained ground during the Yar’adua administration and the Jonathan government that showed no interest in fighting corruption.

The result was an avalanche of expensive jets parked in the sun as status symbols of Nigeria’s greedy and boisterous elite. In early 2015 the Guardian reported a total number of private jets at 200 and still counting with new orders placed in US and Canada. The figure is ten times the combined number of commercial air planes in the country. There are presently only 20 operational commercial air crafts servicing the entire 200 million Nigerian public!

According to reports released by Bombardier Corporation of Canada, Nigeria is only behind US, China and UK in the placement of orders for private jets. We can excuse US and China at least they are World’s biggest economies and China has 300 billionaires and over 15000 millionaires, the highest concentration in the world. All of them made their money through real-time investments and hard work.

Corruption in China attracts the death penalty while US punishes corruption with long jail terms. Both countries’ laws respect no status. Nigeria since Obasanjo has stopped punishing people with corrupt cases. Poverty and unemployment are at epidemic and unacceptable levels now in Nigeria.

While Federal Bureau of statistics put graduate unemployment figure level at 50%, the Federal Ministry of Labour put it at 45%. We don’t know who to believe, Nigeria is notorious for inaccurate statistics.

The World Bank however put the national unemployment figure at 56%, meaning that a population of 167million Nigerians will translate to 60 million jobless on count, the equivalent of the combined population of the entire countries in the sub-continent, lumping Benin, Togo, Ghana and Ivory coast together.

I think World Bank is being modest, actual unemployment could well be 80 per cent. Nonetheless, they are grim statistics and a real threat to growth and national security. Because our rich elites have no regard for cost-saving, they care less about the monumental waste of maintaining a plane.

A private jet is a huge liability, costing money even when parked on the idle ground. It cost 20 times 1st class commercial jet ticket to travel to London compared to a single trip on a private jet. Private planes are not like cars that you can just enter and drive off to your destination.

To fly a plane you need all sorts of permits, ironically you cannot even taxi out of the hanger without permits which usually cost money. Servicing a plane is something that needs an entire life saving to carry, usually done out of this country which takes weeks to complete and is highly regulated.

To service a plane you need checking, removal and replacement of components, usually plugs, oils and hydraulics, replacement of tires, plates, cylinders, compressors that must all conform to stringent regulation and a certificate must be issued to back it up.

Also, there is the routine A check, B check, C check and D check depending on the aircraft cycle. In the case of D check which happens every 5 years, the entire plane is taken apart and is comprehensively subjected to rigorous overhaul that involved checking the entire fuselage metal skin and possible replacement of engines. This takes 40,000 man-hours calculated at a huge cost. No cost of aircraft maintenance is calculated in Naira here!

So why all the trouble? The answer is a pure ego trip and the Nigerian mentality of personal competition and the usual inferiority complex.

The trajectory here is both wicked and ungodly to own a private jet in a land where frustration is written( in CAPITAL LETTERS) on virtually everyone’s face. Warren Buffet who owns the largest plane manufacturing company in US flies economy class in commercial airlines and has been known to drive a 2014 Cadillac XTS.

Bill Gate does not own a plane and drives a 1991 Porsche 911 Carrera, Porsche 930 and a 1988 Porsche 959 Coupe. When he came to Nigeria with his wife Belinda he flew a commercial economy ticket. So what is wrong with the Nigerian rich?

I don’t expect this kind of modesty and humility from the crop of leaders we have and the elite in Nigeria. They are undoubtedly easy money bags and hyenas that call themselves rich. Most of them were unemployed and in rags 15 years ago. 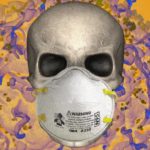 Opinion: The Death Riddle In Ghana’s Fight Against Coronavirus 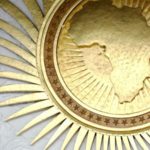 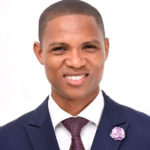 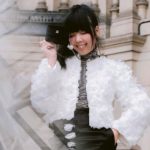 Egypt: Consumer Spending Growth To Decelerate Due To Unfavorable Base Effects