byStephen Kotochie
in Around the Globe, Special Features
0

Sir Richard Branson, Founder of Virgin Group, continues to advocate the need to abolish the practice of killing people found guilty of taking the lives of others.

According to him, the death penalty is deeply rooted in racism, colonialism and oppression which disproportionately targets the most vulnerable people in society.

“This is clearly not a system that values all lives equally. According to the Equal Justice Initiative, capital punishment treats you better if you’re rich and guilty than if you’re poor and innocent. It’s the polar opposite of justice and equality”.

However, those in favor of the death penalty argue that the life of the murderer is not more valuable than his or her victim’s.  Countering this argument, Richard Branson stated that sparing the life of a murderer does not, in any way, diminish the value of their victim’s lives.

“I strongly believe that all lives have equal value and dignity, including the lives of those who have committed terrible crimes. Saving someone from execution doesn’t diminish the value or dignity of their victim’s life. Quite the opposite. Exercising mercy and practicing forgiveness are among the most important expressions of our common humanity”.

“Each of us is more than the worst thing we’ve ever done”, Branson said, citing Bryan Stevenson.  According to Richard Branson, “everyone deserves a second chance and no-one’s humanity should be denied. If we want to demonstrate how valuable all human lives are; we’re not setting a good example by killing people”.

Richard Branson stated that one of the most frustrating and concerning aspects of the death penalty is that innocent people are frequently executed.

“In fact, for every eight people executed, one person on death row has been exonerated. This is a truly unacceptable margin of error, and it is not delivering justice”.

He cited a set of short films released by Virgin Unite, which tell the story of two innocent people who ended up on death row. Sabrina Butler and Randall Padgett fell victim to a combination of shoddy police work, tainted evidence and the extreme ambition of questionable prosecutors. The stories, according to him, show how easy it is for innocent people to end up on death row, and the intense trauma and unimaginable cruelty they have to face each day.

Over the years, multiple studies and reports have shown that death penalty cases are significantly more expensive than non-death penalty cases. This, Branson said, “is an entirely wasteful use of public resources, which would be much better spent on crime prevention, mental health treatment, rehabilitation, education and drug treatment programs”.

Death penalty as a decrement against crime

There is also this notion that death penalty deter crime and make communities feel safer, allowing people to go about their daily routines without any fear. To Branson, however, “there is absolutely no evidence that the death penalty works as a deterrent of crime. It really doesn’t make communities safer, nor does it address the root causes of crime in any meaningful way”.

The reality is that people who commit crimes rarely consider the nature of the punishment when they act, and statistics show that states with the death penalty have higher murder rates than those without, Branson stated.

The Founder of Virgin Group explained that in US states where the death penalty is abolished, data show no spike in murder rates. He indicated that this is backed up by international findings, which show that countries that have abolished capital punishment have actually experienced a decline in murder rates the following decade.

Richard Branson called on businesses and their leaders to take on a role beyond their company and be a force for good in society. That includes speaking up on issues “we find unacceptable, such as the death penalty”. He opined that the Business community has a critical role to play in this debate because “when entrepreneurs and investors speak up, policy makers will listen”. 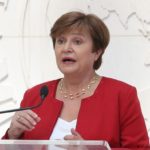 IMF approves USD 17.2 billion to Colombia under the FCL arrangement 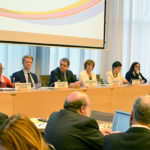 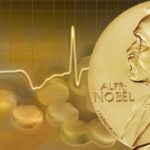 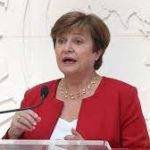