The Black Stars of Ghana are on a revival mission as they face the Panthers of Gabon in the second Group C match of the ongoing 2021 TotalEnergies Africa Cup of Nations in Cameroon at the Ahmadou Ahidjo Stadium in Yaounde at exactly 19:00 GMT.

Algerian referee, Lahlou Benbraham, will be the middleman of the crucial game.  The 36-year-old will be assisted by Mohammed Abdallah Ibrahim from Sudan (Assistant I) and Seydou Tiama from Burkina Faso (Assistant II).

While Gabon secured a 1-0 victory over Comoros in the Group’s opener, Ghana Black Stars conceded a defeat with the same score against Morocco and today’s encounter promises to be a tough mission for both sides.

The pressure will be on Ghana as another unfavorable result could just mean that the Black Stars are in real trouble, after succumbing to that lone goal defeat against Morocco.

Four-time champions, Ghana, will hope that brothers; Andre and Jordan Ayew, rise up to their expected brilliance as nothing but a win could see them reviving their hopes.

Milovan Rajevac, head coach of the Black Stars, said in the pre-match interview that his side is ready to go for all the maximum three points and nothing less.

“We will definitely keep our tricks and try to be more efficient. Our focus is on tomorrow’s game and we are ready. It’s true that there is a lot of pressure, but a coach has to know how to deal with all that. We are going into this game to get the three points”.

Black Stars’ striker, Richmond Boakye stated that the motivation is high, and the team is focused on winning because “we know that our fans expect a lot from us. Our aim is to win the game and fight for the trophy. We are all prepared. As a striker, I hope to score, and we are here for that. I believe we will win the game”.

Meanwhile, Gabon is looking to win consecutive Africa Cup of Nations games for the first time since a run of three in January 2012. But it would be a much difficult mission against Ghana that is eyeing revival for its AFCON hopes.

After scoring a 16th minute winner in his first ever Africa Cup of Nations match against Comoros, Aaron Boupendza is looking to become the third Gabon player to score more than once in a single edition of the competition, after Brice Mackaya in 1996 (2) and Pierre-Emerick Aubameyang (3 in 2012 and 2 in 2017).

Gabon won the first group game despite not having the team’s inspirational captain, Pierre-Emerick Aubameyang, who is fully fit for today’s game against the Black Stars. With Aubameyang’s availability, the Panthers will look forward to completing the business with another win that could see them through to the next round.

At the pre-match interview, Anicet Yala, Assistant coach of Gabon, said “we have 28 players at our disposal, and we will seek for solutions among the group. It’s always good to count on players like Aubameyang. The group will be stronger. We will go into this game with the same determination as always. We know it won’t be an easy game, but I believe in the quality of my players and their talent”.

In the other Group C match, Morocco and Comoros will enter their Group C match day 2 of the TotalEnergies Africa Cup of Nations under different kinds of pressure.

A valuable 1-0 win over Ghana gave Morocco the perfect start to its group campaign. And now, the Atlas Lions know another win over debutants, Comoros, would mean an early qualification to the knockout stages.

For Comoros, a 1-0 defeat in its first ever AFCON appearance against Gabon was hurtful for coach Amir Abdou and his boys, but they proved they are not the team to underestimate in such a competition. 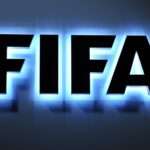 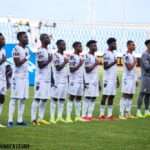 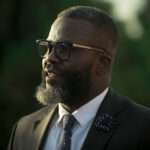 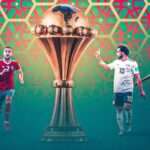 The Long-awaited Africa Cup of Nations Kicks off Today Amid Surge in COVID-19
Tags: AFCONBlack starsCameroonGabonghana