A battle for the ball

Ghana’s hope of making it to the 2022 World Cup in Qatar hangs in the balance after a disappointing 1-1 draw against Ethiopia at the Orlando Stadium in South Africa on Thursday, November 11, 2021. The result has now put the West Africans in a tight corner as the team needed to win the match to keep their hopes of qualifying out of Group G alive.

From the blast of the whistle, the Black Stars went all guns blazing with Kudus Mohammed threatening the backline of the hosts. However, after several attempts at goal, the Black Stars earned a free-kick from 20 yards after striker Boakye Yiadom was brought down near the 18-yard box.

Captain Andre Dede Ayew stepped up, making no mistakes, as he curled in a beautiful, well-struck free kick to give the Black Stars a goal advantage in the 22nd minute.

After that goal, the morale of the team went high as the Black Stars made several attempts at goal to double their lead but were unlucky. After half an hour into the first half, the Ethiopians put much pressure on the Black Stars, hoping to draw parity before recess. Goal keeper Jojo Wollaccot made some brilliant saves to deny the host, who were playing away from home, the much-needed equalizer before the break.

The Swindon Town shot-stopper maintained his place between the sticks in the absence of Richard Ofori, beating Lawrence Ati-Zigi, Abdul Manaf Nurudeen and Richard Attah to the spot.

After recess, however, the Ethiopians came into the game more rejuvenated and made an attempt at goal with the shot hitting the post. The Walias were more organized and purposeful in the entire second half to the dismay of many pundits who were expecting the four time African Champions to have most of the ball.

Ethiopia’s star man, Getaneh Kebede, managed to break through the Ghanaian defense when defender Joseph Aidoo lost the ball, making no mistakes as he placed the ball beyond the reach of Wollaccot to restore parity.

Coach Milovan Rajevac made several substitutions including bringing on Fatawu Issahaku, Kofi Kyere and a few others but Ghana were unlucky in their attempt to score a goal. Experts criticized the coach for not making the substitutions earlier as most of the players looked tired due to the weather.

Ghana’s hope of qualifying is now shaky as the Black Stars must now beat South Africa in the final group encounter on Sunday in Cape Coast. The failure of Bafana Bafana to beat Zimbabwe later this evening will rekindle the hopes of the Black stars to qualify to the next stage of the qualifiers.

Ghana and South Africa now have 10 points each with South Africa leading the group with a better goal difference. A slim win for South Africa will still brighten the chances of Ghana securing the Group G ticket, on the condition that the Stars will beat South Africa with a huge margin in Cape Coast. SA, just like Ghana, has its destiny in its own hands. 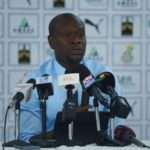 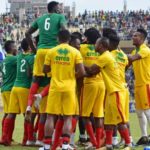 Ethiopia through to first Total AFCON since 2013 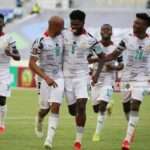 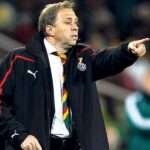