The two heavyweights, often christened as ‘the Oil Firm Derby’ are set to pit against each other in match day 2 of the Uefa Champions League (UCL). The two titans have made huge strides on and off the field in the past decade and have taken differing approaches to chasing success, though the Champions League glory eluded them both.

Manchester City are in Paris for the Champions’ League group meeting with the team they beat in both legs of last season’s semi-final. But this time around, with PSG having Lionel Messi in their rank, the match will be about Man City’s team ethic against Lionel Messi’s individual brilliance.

The dynamics of the two teams are different as Man City team, funded by huge investment but founded on socialist principles – everyone pulling together, no superstars, no egos. The team is everything to PepGuardiola, and no one dares step out of the line.

On the other hand, PSG are a team with a split down the middle – one that has City-style team ethic, until you get to the front players, who are three world-class individuals desperately trying to find a way to work together.

The two clubs have differing strategies about how they believe they can bring success. But, they could do worse than look at each other for inspiration to get that extra edge.

There are aspects where City are clearly stronger, underlined by two significant victories over PSG in the knockout stages in the past six years. Chiefly, it’s been about putting their belief in a trusted coach to deliver.

The Premier League champions identified Guardiola as their biggest target long before he came to the Etihad Stadium, believing his philosophy could transform the club. Not delivering the Champions League is his only failing so far, and will continue to give ammunition to his critics until he does so. It could even blemish his legacy should it continue to elude him, as the Catalan himself admits.

But his methods have delivered a precise, tactical plan that permeates the club from the academy to the first team and has given City that platform for success. The buck stops with Guardiola, which is why he took the heat for last season’s final defeat to Chelsea, and why he was able to turn it around with a dominant and deserved victory at Stamford Bridge on Saturday.

PSG, meanwhile, are on their sixth manager in eight years. The previous five all won Ligue 1 but were impatiently axed after failing to land the Champions League, including Thomas Tuchel who went on to win it just five months after he was dumped from the Parc des Princes. It would be no surprise if the current Mauricio Pochettino is moved at the end of the season even if he wins Ligue 1.

But the interesting fact is that PSG’s players have not always responded to the authority of their coach, particularly with so many big names at the club. Losing home and away to City in last season’s semi-finals, on each occasion, Pochettino’s players lost their composure as they realized their win was slipping away.

PSG has many fine players, but they will face a tough time, especially off the back of such a monumental effort in west London just three days ago when City beat Chelsea FC by a lone goal.

But they have one big advantage – they are a team of 11 players, rather than one of three global superstars and eight others.

For now, the wait continues for the two clubs expected to win the biggest European trophy, but with their ambitions frustrated in their last finals, the two teams will be determined to win this tie.

Angel Di Maria is suspended for PSG and Ramos is out injured while Verratti and Messi are doubtful to start but are in the squad. Benjamin Mendy and Gundogan are out for Manchester City while Zinchenko is doubtful.

READ ALSO: Transferring Ejura Police commander “will not do it” – Nii Armah Ardey 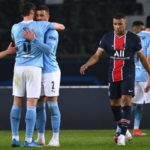 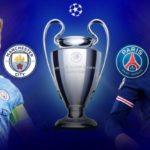 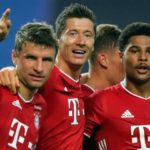 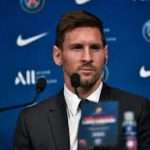