BHP, an Anglo-Australian mining giant has invested $50 million in Tanzania’s Kabanga Nickel, with an additional $50 million investment to be finalised subject to certain conditions, as demand for base metals such as nickel continue to grow.

This investment signifies a re-entry into Africa’s mining sector after BHP unbundled Perth-based metals miner South32 in 2015 which operates mines in South Africa and Australia.

Kabanga’s deposit contains original nickel equivalent resources estimated at 1.86 million tonnes. The first production of nickel is anticipated in 2025, targeting minimum annual nickel production of 65, 000 tonnes during the estimated over 30 years of the mine’s life.

Given the mine’s full production capacity, Kabanga is expected to produce 4,000 tonnes per annum of cobalt, a metal produced as a by-product of nickel mining that is used in lithium-ion batteries and the manufacture of high-strength alloys.

Kabanga Nickel CEO Chris Showalter said: “BHP is the ideal partner for Kabanga Nickel, bringing significant advantages and expertise that will enable us to move ahead with the project.

“BHP’s investment reflects the project’s strong ESG credentials and its role in improving environmental performance throughout the nickel value chain.

“In addition, BHP’s funding support of Lifezone’s hydromet technology– the future of sustainable metals processing– will drive progress towards a greener world.

“Through development of Kabanga and Lifezone hydromet, Tanzania will have a growing role in the supply of the battery metals needed to move to a global low carbon economy.”

The project marks a partnership with the Tanzania government, which has a 16% interest through local partnership entity Tembo Nickel Corporation.

Kabanga was the first new major mining project to receive a mining license in a decade in Tanzania. Kabanga Nickel Limited is a UK-registered private company.

The deal presents a welcoming atmosphere for the international mining industry under Tanzania President Samia Suluhu Hassan after an era of resource nationalism under late predecessor John Magufuli, who aggressively attempted to increase the contribution of mining firms to the Treasury.

BHP Group would make an investment of $40 million to develop the Kabanga nickel project in Tanzania, and $10 million in Lifezone Ltd, whose ore refining technology is considered more cost-efficient and environmentally friendly.

Future investment tranches in Kabanga Nickel have been agreed subject to certain conditions, including a second tranche of $50 million, while BHP has secured the rights to make further investment subject to achieving agreed milestones.

The price of nickel has climbed to $20,000 a tonne from less than $14,000 in January 2020 on the back of the ongoing energy and global demand for electric vehicle batteries.

BHP’s investment will support the Kabanga Nickel mine development, including an enhanced metallurgical drilling programme to allow update of the Definitive Feasibility Study.

Nickel prices are expected to reach new record highs by 2027, according to data released by Fitch Solutions, considering a steady uptrend in prices from 2023-2027, which will then likely peak by the end of the period.

However, Fitch Solutions predicts that the prices should average lower this year at $17,000 per tonne compared to $18,400 per tonne in 2021.

Global electric vehicle sales are forecast to grow more than 12-fold to 31.1 million by 2030 and account for nearly a third of new vehicle sales, according to Deloitte.

READ ALSO: If The Economy is Broke, We Should All Bear The Brunt- Dr Isaac Doku 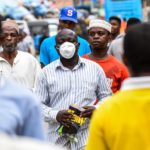 Tanzania does not have plans to procure Covid-19 vaccine 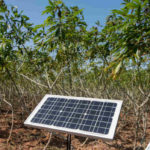 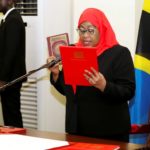 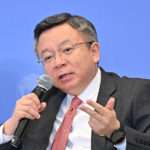 Motivated by Adele, Vinyl and CD Sales Shot Up In 2021, Data Reveals