A Zimbabwean court has confirmed a traditional chief’s ruling that former President Robert Mugabe’s remains be exhumed for reburial at a national shrine.

The traditional leader, Chief Zvimba said he was “giving powers and permitted by law to exhume Mugabe’s remains from Kutama and rebury them at the National Heroes Acre in Harare”.

Meanwhile, the court ordered the former First Lady to facilitate the exhumation of Mugabe’s remains for reburial at National Shrine for Luminaries – a place for Zimbabweans’ 1970s liberation war victims.

Grace Mugabe, who is said to be indisposed and seeking medical treatment in Singapore, was tried in absentia, and was fined five cows and two goats.

But, Mugabe’s three children accused the chief of making a “false finding of fact, which amounts to an error at law when he found that the late Robert Mugabe was buried inside a house.”

Ex-President Robert Mugabe died in September 2019 at age 95 and was buried at Kutama, his rural home despite vigorous attempts by President Emmerson Mnangagwa’s administration to have him interred at the National Heroes Acres in Harare where a lot of other nationalists are buried.

Following his death in Singapore in 2019, a standoff ensued between the government and his family over his final resting place, stretching for nearly three weeks.

The family of late former President Robert Mugabe has filed an appeal against the ruling by a Chinhoyi magistrate dismissing the application to nullify an order by a traditional court to exhume his remains and rebury them at the National Heroes Acre in Harare.

The family lawyer Fungai Chinwamurombe said the appeal has been lodged at Chinhoyi Magistrates Court, which is the court of first instance while similar papers would be deposited at the High Court.

“Yes, we have filed an appeal at Chinhoyi Magistrates Court. The process is that, you file at the court of first instance, and then bring it to the High Court,” Chimwanamurombe said.

“So when my team filed at magistrate’s court at Chinhoyi, they drove to Harare to complete the process.”

The Mugabes have asked Chinhoyi courts to make a judicial review of the ruling by Chief Zvimba, born Stanley Urayayi Mhondoro, and other chiefs from the area, compelling the ex-First Lady to exhume her husband’s remains and rebury them at the National Heroes Acre in Harare.

Meanwhile, the appeal was premised on the argument that there was “absence of jurisdiction, impropriety of relief granted, irregular service of summons and that the judgement was biased“.

Early on, an appeal by Mugabe’s children was out rightly dismissed. Mashonaland West provincial magistrate, Ruth Moyo, in her brief ruling at the new Chinhoyi Court Complex, said the appellants namely, Bona Mugabe, Tinotenda Robert Jnr and Bellaimine Mugabe had no business in attempting to reverse the ruling by the traditional court as they were not cited as respondents in the first instance.

She noted the person cited in the case was their mother, former First Lady Grace Mugabe, while the complainant was one Tinos Manongovere.

President Emmerson Mnangagwa’s government was pushing for Mugabe to be laid to rest at a special mausoleum at the National Heroes’ Acre, but his family refused, saying he wanted to be buried near the grave of his late mother, Bona. 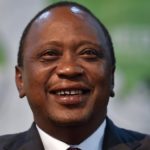 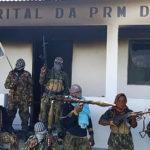 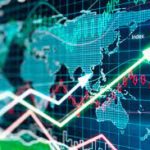 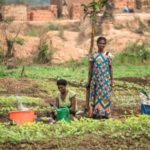