South Africa has maintained its dominance in sub-Saharan Africa’s vehicles production, with a growing automotive manufacturers market presence, according to Fitch Solutions.

South Africa now has an overall score of 55.7, up from 52.6 previously, which outperforms the global (50.0) and regional averages (38.4) based on Fitch’s vehicle’s production indicator. This performance is aided by its strong automotive industry policy and favourable competitive landscape, reflected in its scores of 81.3 and 85.7 respectively.

However, these are without risks as the country’s overall score may remain limited as a result. “Long and short-term economic risks remain high in South Africa and will continue to create uncertainty for investment sentiment in the automotive industry,” Fitch Solutions said.

However, on a regional scale, South Africa significantly underperforms under the ‘average wages/labour costs’ category with a score of 30.4 out of a possible 100, whereas the SSA regional average score comes in at 46.4.

This indicates that the labour force in South Africa bears higher costs on a regional scale due to the power of unions in the country, and the costs associated with bureaucratic procedures.

Meanwhile, Nigeria took the second spot, surpassing Kenya which moved to the third place with a sizable difference in overall scores between the two countries.

Low wage costs and a highly competitive landscape consisting of a fairly large amount of players in the market gives the country an edge over Kenya, Fitch said.

“Rewards in Nigeria remain high (60.0) given the potential size of the domestic market, though a score of 17.2 on our Risks component highlights the challenging operational and economic conditions for would-be investors.”

On the other hand, Kenya’s well balanced risk/reward profile- Risks (33.5) and Rewards (35.0)- scores is aided by an attractive combination of favourably low-cost and abundant labour, in addition to a conducive industry policy.

The region also underperforms the global average (50.0), under Fitch’s Long-Term Economic Risks Indicator with a score of 19.6, which indicates a volatile economic outlook. The region’s economies are highly dependent on commodity exports for foreign exchange earnings and economic growth.

High economic risks in the form of currency depreciation (leading to higher input costs and foreign currency shortages) leaves companies at risk of an inability to extract profits.

In Nigeria, for example, declines in international oil prices result in highly volatile economic outcomes and thus limits the appetite for investments into the country’s automotive industry.

Ethiopia comes last on Autos Production RRI with an overall score of 20.5 out of a possible 100. This is due to the elevated risks present in the Ethiopian market, which significantly reduce the attractiveness of its automotive production sector. 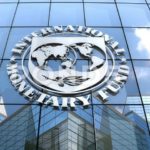 IMF Board approves $487.5 Million to Angola under EFF 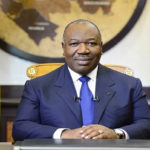 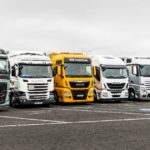 Commercial Vehicle sales to increase by 9.8% over 2021 in SSA 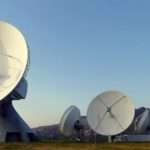