byDorcas Dameh
in America, Around the Globe
0

A four-year-old girl has become the youngest Covid-19 victim in Texas’s Galveston County since the onset of the pandemic after several members of her family were infected.

Kali Cook died in her sleep at home on 7 September, within hours of showing symptoms of the coronavirus. She was unvaccinated, because children below the age of 12 not yet eligible for inoculation.

Her mother Karra Harwood, however, was also not jabbed and described herself as against vaccination. In an interview with local news, she said: “I was one of the people that was anti, I was against it. Now, I wish I never was”.

Kali’s death comes amid reports of an increasing number of Delta variant cases being observed in children in the US. Last month, the Galveston County health district recorded 1,382 cases of the virus in children younger than 12. Texas, till last week, reported at least 24 Covid-19 related deaths in children under the age of 10.

The child lived in Bacliff with her father, mother, and four siblings, who were in quarantine after contracting the virus.

“I ended up getting Covid-19 and was diagnosed on Monday. I came home and was isolated. I tried to stay away from her and didn’t want her and my other kids to get it”.

According to her mother, Kali’s temperature increased at 2 am and she was given medicine to try and bring the fever under control.

But by 7 am Kali had died in her sleep, according to Ms. Harwood. The child had no diagnosed immune disorders or other health conditions, she added.

The mother who was devasted told local media that “I did not murder my daughter. There are people getting vaccinated that are still getting Covid and they can still spread Covid. Kali was perfectly fine, and then she was gone. It took her so fast”.

The Galveston County medical examiner’s office confirmed the child’s death was due to Covid-19 after conducting examinations.

Health officials in a press statement noted that they didn’t believe the girl was infected at her school where she was studying in pre-kindergarten. Further contact tracing showed no students or adults who were in contact with the child tested positive for the coronavirus.

Officials later conducted an autopsy to find out other information, including pre-existing health conditions that might have led to the girl’s death.

A health official, Philip Keiser, reacting to the death of the four-year-old said: “This is a terrible thing, but I think people need to know about it. It’s very important, if your kids are sick, not to say, Oh, they’re going to be OK. If your kids are sick, go seek out medical care”.

Ms. Harwood’s five-month-old baby has also been infected with the virus. “I’ve taken him to the hospital every night since because I feel like they’re not getting better, and I’m terrified”.

A report from the American Academy of Pediatrics stated that children made up at least 0.27 percent of all Covid-19 deaths in 43 US states. In August, the city of Houston reported its first pediatric Covid-19 death with no underlying health conditions.

Meanwhile, Kali’s family has set up a GoFundMe page to gather expenses for her funeral. 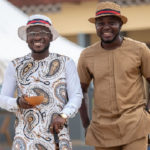 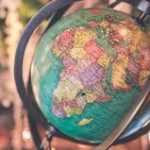 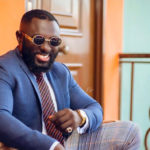 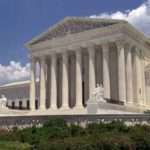 We are well positioned to engage US investors- GIPC