Coal prices have reached record highs in recent months, leading to lower thermal coal futures on the Zhengzhou Commodity Exchange. The commodity declined by more than 8 per cent, recovering some losses to close down 7 per cent at 1,305.6 yuan ($204.51) per tonne.

Following this turbulence in coal prices, the state planner, the National Development and Reform Commission (NDRC), averred it would investigate complaints from individuals about some energy information providers, including those in the coal sector.

“As a result, the coal price has completely deviated from the fundamentals of supply and demand, seriously damaging the national and public interests.”

Among the issues the NDRC pointed out is the fact that it would check for compliance and summon index providers, and would punish irregularities with measures such as suspension of publication or inclusion on a blacklist.

However, the NDRC did not mention any of the information providers. Meanwhile, dozens of organizations provide coal pricing data in China.

In September 2021, authorities banned a coal trading firm from publishing daily prices and market news as part of a government effort to regulate commodities markets and tame rising prices.

China’s authorities have in recent months issued new rules for commodity price indexes and has warned regulators would suspend the activities of those failing to comply with rules.

Also, the NDRC urged coal firms to strictly perform their contractual obligations and asked them to strengthen the credit supervision of medium-term and long-term contracts.

According to the NDRC, it would urge upstream and downstream coal companies to sign mid-term and long-term contracts for power and coal and “give full play to the medium and long-term coal contracts to stabilize the market,” in another measure to boost supplies and cool prices.

Climate watchers were hoping China, the world’s largest miner and consumer of coal as well as biggest emitter of greenhouse gases, could be persuaded to start cutting coal consumption earlier than its target of 2026. However, severe energy shortages have put the government under pressure to step up production of the fuel.

China is pushing miners to ramp up production and is increasing imports so that power stations can rebuild stockpiles for the winter but analysts say shortages are likely to persist for at least a few months.

The NDRC has taken a number of measures and has indicated it was studying ways to guide prices back to a reasonable range and to crack down on excessive profits at coal firms. 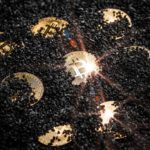 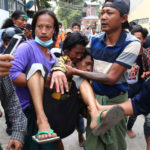 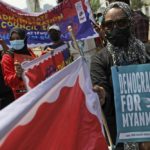 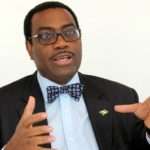