Australia, through its Trade Minister, Dan Tehan has stressed that it will oppose China’s bid to join a key trade pact until it ends trade strikes against Australian exports and resumes high level meetings with its government.

China, earlier this week, formally applied to join the world’s biggest trading agreement– the Comprehensive and Progressive Agreement for Trans-Pacific Partnership (CPTPP). But its admittance is hinged on the unanimous support of all the pact’s members.

The CPTPP was signed by 11 countries including Australia, Canada, Chile, Japan and New Zealand in 2018. The original Trans-Pacific Partnership (TPP) was promoted by then-President Barack Obama as an economic bloc to challenge China’s increasingly powerful position in the Asia Pacific.

According to Tehan, China cannot join the pact until it convinces members of its “track ­record of compliance” with existing trade agreements and Word Trade Organization commitments. And this is a standard process that would require Beijing to resume high-level dialogue with Australia, Tehan opined.

“CPTPP parties would also want to be confident that an ­accession candidate would fully implement its commitments under the agreement in good faith. “As we have conveyed to China, these are important matters which require ministerial engagement.”

Other members of the CPTPP, like Japan in reacting to China’s application said it would have to determine if China meets the ‘extremely high standards’ of the CPTPP.

Prior to this new development, Australia has lodged disputes against China in the World Trade Organization (WTO) on ­restrictions on exports of barley and wine imposed by Beijing.

This notwithstanding, there appears to be ‘some tension’ between Australia and China. Beijing is angered by Australia’s decision to acquire US nuclear-powered submarines in a new security pact “AUKUS”.

Following this, Chinese President Xi Jinping indicated that such a deal is a ground for ‘interference from external forces’ in the region.

However, for Canberra, this deal is in line with its promises to defend the rule of law in airspace and waters where China has staked hotly contested claims.

The deal has resulted in Australia cancelling its US$90 billion contract with France for diesel submarines. More so, the deal is intended to see the US and the UK share sensitive technology with Australia to let it develop its first nuclear-powered submarines.

In an address, Xi urged heads of state to “absolutely resist external forces to interfere [in] countries in our region at any excuse, and hold the future of our countries’ development and progress firmly in our own hands.”

Responding to Beijing’s reaction, Peter Dutton, Australia’s Defence Minister dismissed the reaction highlighting that, “this is not the first time that we’ve seen different outbursts from China in terms of Australia’s position.

“We are a proud democracy in our region. We stand with our neighbours in the Indo-Pacific to ensure enduring peace and this collaboration makes it a safer region. That’s the reality and no amount of propaganda can dismiss the facts.”

Meanwhile, France, which lost out on this security pact has recalled its Ambassadors to US and Australia for consultations sparked by the “exceptional seriousness” of Australia’s decision to abrogate the deal. 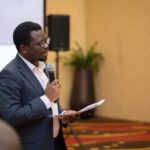 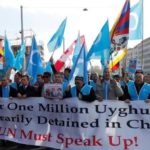 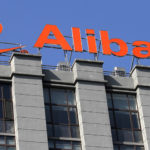 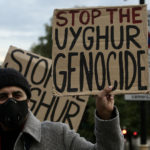 SMEs to Benefit from Vodafone Business