A history teacher who reportedly told students that Donald Trump remains President of the US and also repeated COVID-related conspiracy theories has been sacked by school authorities.

The California middle school teacher was captured on tape by a student spouting ‘QAnon conspiracies’.

The female history teacher, who was left unidentified, was seen in the video telling her class that Hunter Biden had sex with his niece and that hospitals steal babies from unvaccinated parents. The teacher at Anacapa Middle School in Ventura, California, even claimed in the seven-minute recording which was captured by an eighth-grader that Donald Trump was still President.

The teacher could be heard saying in the recording: “People need to wake up and see the government has way too much power right now”.

The teacher further alleged that “Hunter Biden, for example, is doing deals with China and Ukraine where he was funneling money illegally”. According to her, Hunter Biden also had “child pornography on his laptop. He was having sexual intercourse with his own niece”.

As though that wasn’t enough, the teacher went on to discuss Covid-19 vaccines with the class. She claimed that “If you have a baby in the hospital, they don’t want to give it back if you’re not vaccinated. This is a complete power control threat”.

When she started discussing the 2020 presidential election, a teaching assistant can be heard telling her not to discuss that topic.

Sarah Silikula, the parent of the eighth-grader who recorded the video, disclosed in an interview that she told her son to record anything that made him feel uncomfortable.

Ms. Silikula who was outraged by the teacher’s actions said: “I mean, why? Why does that need to be said in this classroom full of children”.

According to Ms. Silikula, she raised the issue with school officials when her son seemed impacted by the rant. Ms. Silikula recalling what her son had said on the faithful day said:

The Ventura Unified School District said they conducted an investigation into the incident and insisted they do not condone the discussion. Officials said that the district is following the “progressive discipline policy” agreed to with the teachers’ union.

That notwithstanding, the whole class has also been moved to another teacher in the school.

QAnon, which is supported by the likes of Congresswoman Marjorie Taylor Greene, is a set of bizarre internet conspiracy theories that alleges that the world is run by a high-powered group of pedophiles.

It claims that the group includes Democrats such as Joe Biden, Barack Obama, and Hillary Clinton as well as Hollywood celebrities like Oprah Winfrey and Tom Hanks.

It also claims that members of this group kill and eat their victims to extract a life-extending chemical called adrenochrome.

Read also: WAEC cannot exonerate itself from what is going on- Dr Clement Apaak 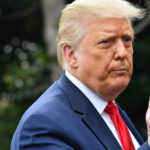 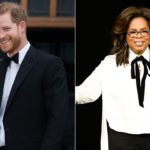 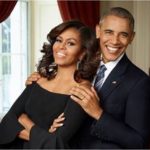 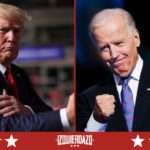 Final MPC Meetings For 2021 To Commence On November 16