Energy and Oil strategist, Dr. Yussif Sulemana, has called for government to empower a sector of the Energy Commission to champion renewable energy related activities.

Sharing his opinion with the Vaultz Media on if the Energy Ministry should be segregated, he averred that, empowering a particular sector under the ministry will help in making the activities related to renewable energy more efficient and also help the nation achieve the target it has set for renewable energy rather than having two ministries.

“I personally think that setting up a new commission is not the way forward; I mean it is not the panacea to solving the problem. We need to look at the root causes of the problems, and why we couldn’t achieve any of our renewable energy targets. Now for instance, we already have the Energy Commission to champion that. All that we need to do is to make sure we empower an arm of the energy commission to solely take charge of renewable energy activities.

“My expectation is that, if we have several of such commissions or entities that are not effective then they are bound to be inefficiencies.”

“And I can tell you that if we do not do something different from what we did previously, then you can be sure that 2030 will come and we will not achieve that target.”

Dr. Sulemana also averred that, there are some kind of bureaucratic bottlenecks that may cause serious impediments to potential investors to enter into the space of renewables and as such, the government must remove all those bottlenecks to ensure that an enabling environment is created which will attract private sector to invest into the renewables.

“That is the way to go. Once we do that and an enabling environment is created we do not need separate institutions to champion that. We just need to empower the existing institutions.”

He appreciated the previous calls by some stakeholders on the creation of new sectors to ensure there is efficiency in the energy sector especially with renewable energy but however stated that, it could bring about more inefficiencies than efficiencies.

“So, the call by some stakeholders to have a separate commission to champion that of the renewable energy activities is an interesting one and I think it is also a legitimate one of course. I don’t think the call was made in a vacuum. The call, I believe, was made due to our poor performance in the area of renewable energy. Remember the 10% target for renewable energy within our generation mix was supposed to be achieved in 2020. That target was set around 2010 and ten years down the line we haven’t done anything; in fact, we can barely boast up to 2%.”

He further said that, instead of creating a separate independent commission, the government should fix the existing institutions to champion the renewable energy course. 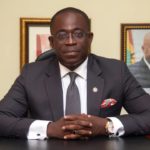 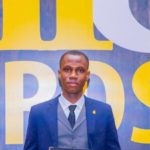 IES calls for assistance from government to ECG and GRIDCo 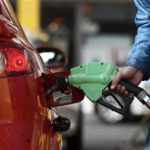 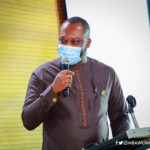 Ratified countries who operate outside AfCFTA will suffer- Louis Afful