Kosmos Energy Ltd. has announced its intention to offer US$400 million aggregate principal amount of senior notes due 2027.

The net proceeds from the offering, together with cash on hand, will be used to refinance the US$400 million aggregate principal amount of private placement notes, the Company has issued to fund its acquisition of Anadarko WCTP Company.

Accordingly, the senior notes and the related guarantees “will be offered only to persons reasonably believed to be qualified institutional buyers”, Kosmos indicated.  It further said, this includes buyers with exemption from registration set forth in Rule 144A under the Securities Act, and outside the United States. Also, eligibility of the senior notes will cover non-US persons with exemption from registration set forth in Regulation ‘S’ under the Securities Act.

Again, net proceeds from this public offering is intended to repay outstanding borrowings under its commercial debt facility. This includes borrowings incurred to finance a portion of the acquisition of Anadarko WCTP Company.

In its second quarter results, Kosmos’s finances showed a US$2.1 billion of net debt and available liquidity of approximately US$0.8 billion. Comparing the net debt for the second quarter to that of the first quarter, Kosmos said the net debt realized, decreased. According to Kosmos, the decrease in net debt was primarily driven by increased cash generation from higher sales volumes and improving realized oil prices.

The company’s recent Occidental asset purchase adds to its total debts as the transaction is said to have been funded by Barclays and Standard Chartered Bank. The total bridge loan amount provided Kosmos for a 29% stake in Occidental’s Jubilee (18%) and TEN fields (11%) is US$400 million. This bridge loan amount is expected to be refinanced by a future senior notes offering, Kosmos noted. 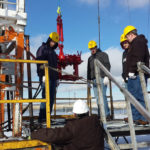 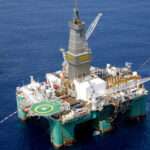 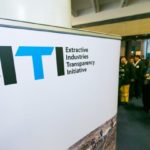