The Minister for Lands and Natural Resources, Samuel Abu Jinapor, has charged the various Regional Security Councils (REGSEC) to prioritize matters relating to the fight against illegal mining in the country.

According to the Minister, such matters should be key in their regular briefings in an effort to help curb the menace.

He described the activities of Operation Halt as “only surgical” and indicated that “it is necessary REGSECs take up the responsibility of sustaining the fight against illegal mining”.

“The new approach is for REGSECs to take charge of the situation and even if the operation halt team leaves,;no vacuum will be created to give room for the ‘galamseyers’ to come back.”

He noted that;“it is the determination of the government to ensure that the natural resources of the country benefit everybody and will not allow some few individuals to hold the entire nation to ransom”.

On her part,;the Central Regional Minister, Honorable Justina Marigold Assan,;who is also the chair of the REGSEC,;said the fight against illegal mining must not be politicized because the pollution caused to the country’s river bodies affects all.

She assured the lands minister of the Council’s determination to help curb the menace and called for logistical support from the Ministry to assist them to fight the illegal miners,;particularly those on the water bodies.

Prior to this,;the Central Regional House of Chiefs (HOC) pledged their support to help government formalize the small-scale mining sector.

The House of Chiefs also assured the government of their utmost support and commitment to protect the country’s lands,;forest and mining sectors.

The President of the Central Regional House of Chiefs, Odeefuo Amoakwa Buabu VIII,;stated that it is in their collective interest to ensure that future generations enjoy the benefits of clean water and an enhanced environment among others.

“We the chiefs of the region recognize governments efforts at ensuring a sustainable land administration and management in the country through the New Land Act 2020.

“Nananom intend to organize a workshop to sensitize members on the Act to help enhance their contributions towards its implementation”.

The Regional House of Chiefs President also commended Honorable Samuel Jinapor;for the honor and respect he accords to Chiefs and the chieftaincy institution in general.

The 23-member Regional House of Chiefs were hopeful that issues tabled before the Minister including the involvement of Chiefs in the issuance of mining licenses would be considered. Also

On his part,;Samuel Jinapor highlighted the role of Chiefs to the overall development of the country;and commended them for their cooperation and support towards the government’s policies in reforming the lands and natural resources sector.

Read Also: Post-Enumeration Survey to assess the accuracy of the PHC results- GSS 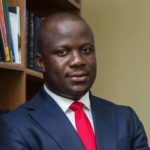 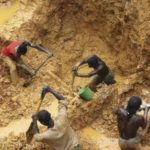 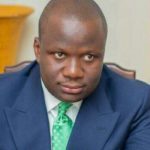 Ghana And Burkina Faso to Collaborate To facilitate Mining Operations 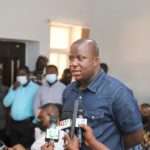 Guineans have failed themselves- Prof Aning