Risks affecting financial costs for renewable energy systems (RES) remain the biggest worry to investors (73% of survey respondents), with inflation and currency risks considered as provoking concerns to financing, according to a PwC report.

Over the past decade, Ghana has struggled with large fiscal and external imbalances due to unsustainable government spending, resulting in double-digit inflation and large depreciation of the cedi.

Two years ago, Ghana exited an extended credit facility arrangement with the IMF, which helped in achieving macroeconomic stability, only to be disrupted in the subsequent year due to the impact of the covid-19 pandemic. This has resulted in a sharp increase in public debt and a record fiscal deficit, sparking renewed concerns among private investors, the report warned.

In this vein, the report extended financing cost concerns to include the risks to available and ready financing by the private and public sectors. A little over half (55%) of the respondents surveyed indicated that access to financing was one of the problems obfuscating landmark renewable energy projects in the country.

In line with Ghana’s ambition to become a financial services hub, domestic resource mobilization efforts towards this end are laudable, “but more effort is needed to develop and bolster local capital markets”, the report stressed.

“Weak credit worthiness of the offtaker and Ghana’s status as high-risk for debt distress may take Development Finance Institutions (DFIs) and other international financial institutions wary of offering financing for projects in the country.”

By de-risking access to finance together with financial costs, the report recommended “the pursuance of prudent macroeconomic policies to reduce the risk of debt distress and restore stability.”

Opacity in PPA Agreements, a Worry to Investors

Survey respondents highlighted risks affecting revenues of renewable energy systems assets as the second most important area of concern for private investors. The two offtakers in Power Purchase Agreements contracts with Independent Power Producers (IPPs) within the energy sector are the Volta River Authority and the Electricity Company of Ghana.

However, the opacity of most of these agreements have led to the termination of contracts, others involving take-or-pay agreements. These issues have contributed to the piling of debts within the energy sector.

A case in point is the recent termination and renegotiations of PPAs which had been signed during Ghana’s electricity supply crisis in early 2010s. These actions were among a broad scheme by the government to mitigate the overcapacity and financial issues resulting from uncoordinated and non-transparent public procurement.

Due to these circumstances, 50% of private sector respondents indicated that concerns about transparency and fairness were among the risks within the renewable energy space.

Another issue that poses an even greater risk to private investors is the local content requirements within the renewable energy space, the report indicated. The 2017 Legislative Instrument (L.I. 2354) which stipulates local content and participation in the electricity supply industry defines strict minimum levels of Ghanaian ownership and participation in renewable energy projects.

According to the report, over half of private sector survey respondents, considered the local content requirements as demanding and a significant barrier to investment, especially in the absence of local manufacturing capacity for certain components.

The report recommends that the government should review the local content requirements currently in place, including through a broad business to government dialogue. This is so that a balance can be struck between a drive to stimulate the local economy and the need to better reflect local capacity constraints and bottlenecks.

Ghana’s Renewable Energy Master Plan projects that by 2030, renewable energies would form 10% of the country’s energy mix. To make sustained progress in this regard, these major issues including risks to finance, transparency and fairness in PPA agreements, among others should be addressed to facilitate investments in renewable energy systems. 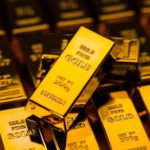 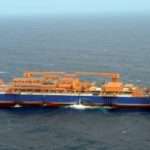 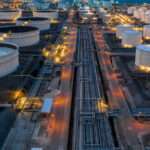