Professor Peter Quartey, Head of the Institute of Statistical, Social and Economic Research (ISSER) has urged government to incentivize Ghanaian businesses in the country.

According to him, government must expedite the implementation of plans captured in the 2021 budget.

This, he explained, was necessary to alleviate the plight of businesses in the advent of the pandemic. He noted that, reasonable interest rates will boost investors interest.

“Government should speed up some of the things it has outlined in the budget; so that people’s pains or sufferings will be minimized. But one area will be lower cost of doing business [and] interest rates. If interest rates do come down, certainly, investors will be able to borrow at reasonable cost. They will be able to invest and stimulate jobs”.

Professor Quartey further underscored the need for other areas to be critically examined such as the country’s exchange rate.

Additionally, the ISSER boss averred that, for industries to experience growth, then there must be progress in other sectors as well.

Professor Quartey further called on government to incentivize the industrial sector in a bid to improve its market offering.

“As I mentioned, to stimulate jobs, it’s not just industry, there should be growth in the other sectors. Once they grow and pull up the industry along, we are likely to see more jobs.

“In some jurisdictions, you find other incentives given to those who employ most. So, there are targeted approach in terms of finding people or industry players who will employ the most [and] some tax incentives are directed at them. Perhaps, that will be one way of dealing with the job problem and GRA may look at some of these options available in other countries where there’s a tax relief if you employ so many people in a given period”.

He further urged Ghanaians to be circumspect in their demand from government in the midst of COVID-19.

Earlier this year, Professor Quartey called on some labour-intensive industries to provide opportunities for university graduates.

According to him, youth unemployment is a major problem in this country. This is because, the country is “churning out graduates from institutions of higher learning” but with no capacity to “absorb them”.

Professor Quartey asserted that government must address the youth unemployment situation in the country.

“So, the idea is basically to address some of the labour-intensive industries, find out what they are doing, what their potentials are and how we can enhance their potentials. So basically, the study focused on agro processing and tourism”.

Professor Peter Quartey also expounded on the need to help bridge the huge gap of youth unemployment, as this will facilitate rapid economic growth in the country.

“Very interesting findings were made and one is that these industries have potential for generating employment and reducing youth unemployment. There’s the issue of skills gap; there’s a high skills gap which has to be addressed and one will be that the industries engage with training institutions so that by the time they graduate; they will be ready for the job market”. 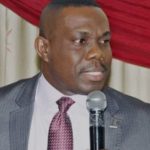 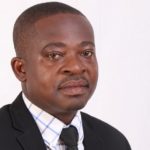 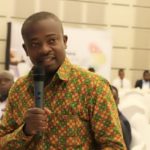 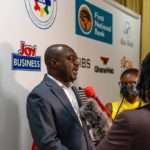 Vaccine roll out will be according to schedule- Dr Nsiah-Asare

Abeiku Sagoe calls on GIBA to filter films before airing