As a percentage of GDP, external and domestic debt represented 36.99 percent and 39.09 percent, respectively. Ghana’s debt stock has increased significantly over the past four years. Total public debt has gone up 169.6 billion between 2016 and 2020. This represents an increment of 139%.

In 2016, the total public debt was GH¢122 billion, and that accounted for 56.9% of GDP. Several components were included in the debt stock and the debt/GDP ratio at the end of 2020. These include non-recurrent burdens that the government has to deal with as a matter of urgency.

The 2021 budget Statement shows that the government expended GH¢ 19.7 billion to combat the COVID-19 pandemic. Again, Financial Sector Clean-up cost the nation an amount of GH¢ 21 billion. Another notable expenditure that contributed to the rising stock of public debt is the Cost of Excess Capacity Charges paid to IPPs estimated at GH¢ 12 billion.

Nonetheless, with the exclusion of other expenditures, the total stock of debt for 2020 would have been GH¢ 238.9 billion. This implies a debt to GDP ratio of 58.7% if the drop in GDP growth in 2020 is attributed primarily to the COVID-19 pandemic.

Provisional estimates from the Ghana Statistical Service show that the average overall real GDP for 2020 grew at 4.9 percent in Q1, -3.2 percent in Q2, and -1.1 percent in Q3. This brought the average GDP growth rate for the period to 0.2 percent. The lower growth of the country’s GPD was attributed mainly to the impact of the COVID-19 pandemic on the economy.

Meanwhile, the Finance Ministry indicated that the most recent work on GDP puts the 2020 projected GDP growth outlook at 0.9 percent.

In terms of sectoral performance, the Agriculture Sector showed some level of resilience to the COVID-19 pandemic. The sector grew at an average rate of 4.5 percent in the first three quarters of 2020. The performance is mostly credited to the government’s initiatives in the sector such as the Planting for Food and Jobs.

The Services Sector was the second best performing sector in the first three quarters of 2020 growing at an average of 1.9 percent.  Conversely, the Industry Sector contracted by 3.1 percent over the period. 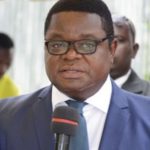 Prof. Quartey calls for a robust policy on contract termination 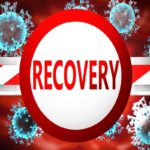 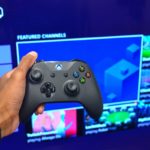 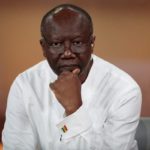