Former Finance Minister, Seth Terkper has encouraged the government to make fiscal consolidation a top priority in order to get the economy back on track.

The country’s current fiscal challenge, according to the former minister, is a huge threat to economic success and job development in the future. According to the tax expert, if the budgetary problems are not rectified, the government will be forced to borrow money from domestic sources crowding out the private sector.

“What we are saying is that the fiscal situation is the main threat to economic stability today and job creation as well. As we said, it is crowding capital expenditure, it is limiting market access – we know it and we see some of the figures- and consequently we are seeing the crowding out of the private sector credit as the government tends to the domestic market for financing.”

Mr. Terkper bemoaned the government’s inability to obtain the full amount of the Eurobond, claiming that this development will have a terrible effect on the budget, forcing the government to borrow from the domestic market. He noted that this will deprive the private sector of funds; Consequently, he called for a change of the situation if economic recovery is our most important priority.

“In other words, because the government has not been able to do the remaining of the bond [gone to the market to issue the $2 billion Eurobond], how are we financing the budget? and we know non-resident investors are exiting the domestic bond, so, it means that the government is heavily in the domestic market. And if this trajectory continues into 2022… which is why the situation must change… then we are going to see the private sector credit being crowded out by the government.”

Ghana’s large debt and fiscal imbalance have alarmed multilateral institutions like the International Monetary Fund and investors, which has caused interest rates to soar.

Mr. Terkper intimated that the government should stop borrowing to fund recurring expenditures or consumption and instead focus on aggressive revenue mobilization and cost-cutting. If this trend continues, he predicted it will have a significant detrimental effect on job creation and sustainability.

“Now it is agreed that fiscal consolidation is needed, some will say it’s solidly needed. And it’s the sentiment, this time around, also the external market sentiment. In fact, the multilateral – from the International Monetary Fund to the World Bank, at the President level, and at the director level in these institutions have been expressing some concerns. For us [PFM Tax Africa], fiscal consolidation is very important. Given the crowding out of the fiscal space by wages and compensation, if you are going to create jobs, it’s difficult”.

The former minister further expressed his displeasure with the government’s use of monies intended for state employees to fund development projects and infrastructure.

“We all know that part of the reason of the wage increase is the attempt to use the public sector payroll to do massive expansion- that is being contracted; we envisaged the contraction which has begun in that area” 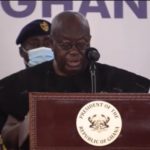 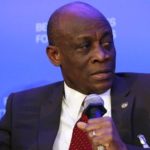 Government must be realistic- Seth Terkper 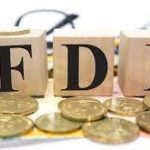 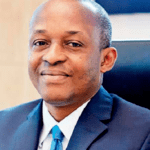