Dr. Ernest Addison - Governor of the Bank of Ghana

The Monetary Policy Committee (MPC) of the Bank of Ghana will hold its 102nd Regular Meetings from Wednesday, September 22, 2021 to Friday, September 24, 2021 to review developments in the economy.

The meetings will conclude with a press conference on Monday, September 27, 2021 to announce the decision of the Committee. Normally, there are two sure outcomes from these meetings; either the policy rate is maintained or changed.  Nevertheless, the decision hinges very much on the current economic conditions in the country.

BoG’s MPC meets every two months to review developments of the economy.  In the 101st MPC meeting held in July, the committee kept the policy rate at 13.5 percent after an unexpected cut earlier in May.

Need for a reduction in interest rates

Similarly, the recent reduction in May was to FastTrack and consolidate the uptick of economic activity. The BoG continues to emphasize that its high frequency economic indicators are improving gradually, signaling a rebound of the economy.

The Monetary Policy Rate is of keen interest to businesses, as it determines the rate at which the BoG lends to commercial banks. More importantly, this rate is expected to influence the interest rate on loans offered to customers.

Already, businesses have shared their complaints about how the policy rate does not often reflect on the interest rate on loans as expected.  This has been a major concern for businesses in the country.  As such, the Ghana Union of Traders Association (GUTA) has always called for a reduction in the interest rates.

More recently, President Nana Akufo-Addo charged the new board of the Bank of Ghana to interrogate the issue of high interest rates.  He tasked the Board to look for a solution to the problem to enhance the competitiveness of the private sector.

“It is surely not right that the Central Bank’s MPR stands at 13.5% while the commercial banks lend to the private sector at rates of 21% and above. This is a gap we have to bridge if we are to realize the vision of a Ghana whose economy is globally competitive. I believe the Bank of Ghana is best placed to lead this process of reflection and action”.

Nevertheless, even though the economy is on a steady path of a rebound, the risk of inflationary pressures is heightening.  Inflation has risen for the third consecutive month in August after falling to a year-long low of 7.5 percent in May this year. Currently, year-on-year inflation rate stands at 9.7 percent in August 2021. This is 0.7 percentage point higher than the rate of 9.0 percent recorded in July 2021.

Meanwhile, one of the reasons why the MPC maintained the policy rate in July was the fact that inflation showed a gradual decline.  With the recent developments in inflation and exchange rate depreciation, the MPC will have to make a tough decision when it meets later this month.

This notwithstanding, Fitch Solutions expects the BoG to hold its Monetary Policy Rate at 13.50% till the end of the year. It however, expects the policy rate to rise to 14.50% next year.  Fitch said the “risks to the outlook are tilted towards the BoG holding for longer for this year”. September September 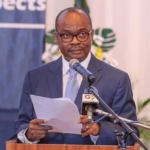 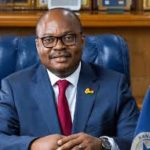 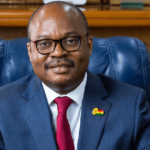 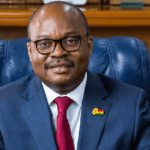