Imbalance in SSNIT finances, help them- The Africa Centre for Retirement Research

The Africa Centre for Retirement Research (ACRR), a research center focusing on retirement and pensions, has urged Parliament, legislators, and stakeholders to solve the Social Security and National Insurance Trust’s “imbalance” in finances (SSNIT).

It stated that this must be accomplished by parametric and legislative reforms to protect SSNIT, claiming that if nothing is done, the Trust will be unable to pay full planned payouts on time by 2037.

According to the last two actuarial assessments of the SSNIT Scheme, the analysis of the SSNIT Scheme Fund ratios and cash flow measures, including income rates, cost rates, and resulting annual balances, proved that the Basic National Social Security was experiencing medium to long-term sustainability dangers.

The Trust’s previous two Actuarial Valuation Reports validated that the SSNIT Scheme was not financially viable, indicating that funds on which the Trust depended to pay payments were running low, according to the statement.

Speaking at a press conference on the theme “Sustainability of the SSNIT Pension Scheme: Current Actuarial Status, Implications, and Proposed Policy Responses,” Mr Abdallah Mashud, Executive Director of ACRR, told reporters the Actuarial Variation Reports conducted in 2014 and 2017 were disturbing, and that proposals on reviewing rates, benefit provisions, and risk reduction strategies must be executed.

Mr Mashud highlighted that a five-year acceleration in fund reserve depletion between the two appraisals was crucial since it revealed the extent of the imbalance between the Scheme’s assets and liabilities.

Abdallah claimed that, whereas the government had 28 years in 2014 to figure out how to avert reserve depletion and the scheme’s impending collapse, that number had decreased to 19 years by the end of 2017 in just three years.

According to ACRR, the next actuarial appraisal will be based on data from January 2018 to December 2020, and the Trust is anticipated to record another fiscal year loss on its investment because of the economic effects of the COVID-19 epidemic on the financial markets.

The Executive Director further stated that the increase in the retiree population has continued to outpace the rise in contributors, with the number of workers paying to support a pensioner dropping from nine in 2013 to seven in 2020.

As a result, he said, the depletion date for the next valuation could arrive sooner than projected, based on income expenditure trends and other factors for the period 2018 to 2020, as well as the expected impact on reserves.

Mr Mashud proposed, among other things, that the contribution or cost rate required to keep the Scheme going for future generations should rise from 12.3 percent in 2018 to roughly 17.4 percent in the next three decades. 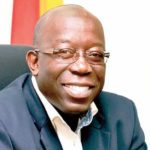 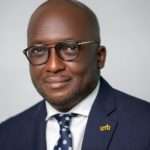 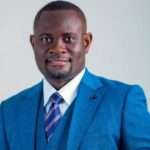 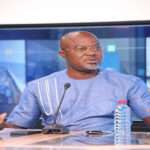 Nigeria: Railway Industry to grow by 16.1% per year for the Next Five Years