Interest rates on the 91-day GoG securities edged up marginally at the end of last week, September 17, 2021, rebounding from the previous week’s slide. However, the 182-day securities lost further grounds at the end of the recent week’s auction.

The Bank of Ghana, which manages the government’s borrowing programme auctioned 91- Day bills at 12.49 percent which is a slight increase on the previously auctioned rate that was at 12.45 percent. This represents a week on week increase of 0.04 percent.

Similarly, the one year note rate also fell by 4.88 percent. It was auctioned at 16.4 percent.

Moreover, the Government of Ghana has also auctioned one long term bond over the week in addition to the short term securities. A seven year FXR Bond was auctioned at a minimum rate of 18.20 percent and a maximum rate of 19.6 percent. Also, the 1-3 year note interest rate was also pegged at 16.5 minimum and 17.25 maximum.

Even though the government needs to borrow to finance its budget, repay maturing debt and cover its budget deficits, there are fears that this consistent borrowing from the domestic market may crowd out the private sector’s access to loanable funds. This sentiments were particularly echoed because of the high demand attached to the short term instruments which was as a result of increase in the interest rate.

Meanwhile, the Treasury bills of last week auction were undersubscribed, with the government failing to meet its target. In all, the Central Bank received bids worth GH¢1.253 billion as against its targeted amount of GH¢1.258 billion.

These figures further indicate investors’ low interest in the short end of the market which may be due to the interest rate. As such, some analysts posited that, the undersubscriptions may be the reason behind the government further increasing the rate for the short term instruments.

On the other hand, rates on the secondary bond market were largely unchanged during the week, resulting in same trend for September since the end of August 2021.

The Ghana Stock Exchange Composite Index closed the week under review, down by 0.16 percent as losses in some blue chip stocks weighed on the indices. Trading activities was dull as the market recorded lower volumes compared to the previous week. 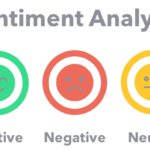 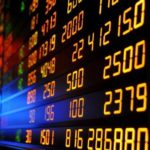 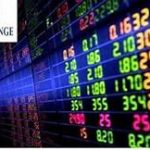