A summary of market performance on the Ghana Stock Exchange by close of trading activities on Tuesday June 29, 2021, suggests CAL Bank Ghana, one of the giant stocks listed on the local bourse dominated the market by topping trade by value and volume.

By close of yesterday’s market session, Cal Bank led the GSE market trade volume amounting to 707,362 shares. However, this is an improvement in the previous trading session which saw Cal Bank trade flat by recording zero trade volume and value.

Meanwhile, MTN Ghana came followed in the second position as its volume of trade on the GSE stood at 94,383.60 shares. Furthermore, SCB volume traded also followed with 32,736.00 shares.

However, the local bourse traded flat as there was no change in both the opening and closing price of the various stocks at the end of the last trading session. Cal Bank, Ghana Oil, MTN Ghana and GCB Limited opened the market with GHc0.70, GHc1.55, GHC1.20 and GHc5.4 per share respectively.

Furthermore, the benchmark Ghana Stock Exchange Composite Index (GSE-CI) did not see any change, closing at the same mark as it opened at 2,643.60 points. This value represents a 1-week gain of 0.05 percent, a 4-week gain of 9.18 percent, and an overall year-to-date return of 36.16% to investors.

Likewise, the GSE Financial Stocks Index (GSE-FSI) maintained its value at 1,871.41 points, making it a 1-week gain of 0.13 percent, a 4-week loss of 1.65 percent, and a year-to-date gain of 4.97 percent to holders of banking and insurance sector stocks.

Also, the current market capitalization dipped marginally from GH¢61.33 billion that was previously recorded to GH¢ 61.32 billion by close of yesterday’s trading section.

On the commodities market, prices showed mixed results on the world market since the beginning of the week. Gold price by close of market yesterday was $596.65 for 22-carat gold. Oil price recorded no change in price to close at $72.91 per barrel as of yesterday June 29, 2021. However, cocoa traded $2380, which is a marginal decline of $2,390 previously recorded

The money market has also witnessed a gradual pick up with consecutive oversubscription of various treasury securities as decline in inflationary pressures boost investors’ sentiments on the market.

However, short-term dated instruments dominated the trading activities as compared to the long and the medium-term securities as trades in 91-day and 180-day traded accounted for over 50 percent of total bids tendered

On the forex market, the cedi continues to show some stability as against other currencies. Additionally, the government auctioned foreign exchange at its bi-weekly forex forward auctions. 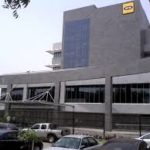 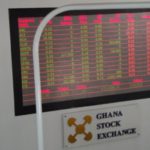 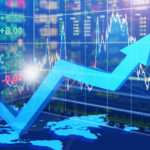 Stonebwoy is a Recording Academy Member of Grammy Awards