Money Market Finally Picking Up as T-bills Continue Its Oversubscription

Money Market Finally Picking Up as T-bills Continue Its Oversubscription

The money market is gradually showing signs of pickup as the Government of Ghana Treasury bills and bonds at the recent auction held on Friday June 25, 2021 were hugely oversubscribed for the second consecutive week running by a whooping GHc228.24 million.

According to the auctioning by the Bank of Ghana, the Government of Ghana received bids to the tune of over GHc1.525 billion for its 91-day, 182-day and the 364-day T-bills as against the target of GHc1.296 billion. However, the government rejected some bids worth GH¢228.24 million for the three and six month bills as well as the 364-Day bills.

Moreover, the government’s bid for the 91-Day T-bills was largely oversubscribed at a relatively lower interest rate at 12.62 percent. This, according to experts, is as a result of investors’ confidence and a possible interest in the short end of the market.

In all, GHc739.60 million bids were tendered for the 91-day bills but the government accepted only GH¢576.99 million of the bids tendered. This means that the Government of Ghana rejected GHc162.61 million of the three months bill.

However, the six-month’s bill was neither oversubscribed nor undersubscribed as the total bids tendered were the total bids accepted by the Government of Ghana. The 182-day bills was auctioned at 13.37 percent.  Analysts reveal that the inability of the 182-day bills to exceed its target can be blamed on the interest rate. This is because, some investors preferred a higher rate than what the government was willing to borrow at.

Likewise, the 364-day bill was also auctioned at an average rate of 16.33 percent. Moreover, the 364-day bills was oversubscribed by GHc65.63 million. The total 364-day T-bills tendered amounted to GHc601.15 million. However, the Government of Ghana accepted GHc535.52 million and rejected the rest of the bids.

This represents a turnaround from the recent mixed developments in the auction of the short term instruments by the Government of Ghana.

Meanwhile, the Government of Ghana intends to issue another treasury bills this week. The government expects to raise an amount of GH¢1,216.00 million from the 91-day, 182-day and 364-day treasury bills sale.

Treasury bill is an important instrument that aids government domestic borrowing. It helps the government to generate short term capital to finance its budget.

In addition, Treasury bills are important financial instrument that helps governments to finance their national debt. Therefore, the recent slump in the targets were major concerns because it could have thrown government’s debt management programme out of gear.

This is needed to help the government manage the country’s huge debt service burden and a difficult fiscal position.

However, experts believe that if the government continue its borrowing habit from the domestic market at the current rate, there are fears that it may crowd out the private sector’s access to loanable funds.

Furthermore, in this week, analysts believe that, the Government of Ghana will meet its T-bills target again as majority of its short term securities are being bought by the commercial banks.

READ ALSO: ‘Saying ‘I’ll be back’ wasn’t out of arrogance or pride- Kidi 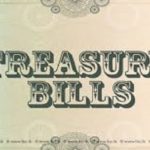 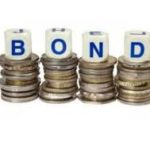 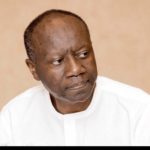