Nigerian filmmaker, Jamila Dankaro has debuted the official trailer for ‘The Days to Follow’, a 2D animated short film in honor of the victims of the 2020 #EndSARS protests.

Written and directed by Dankaro, the short film which premiered on October 20, the first anniversary of the Lekki Tollgate massacre, followed the story of two sisters whose lives are permanently transformed after they attend the #EndSars protests.

It is worth mentioning that ‘The Days to Follow’ is produced by Black Girl Heard productions.

One year after soldiers and police officers opened fire on a group of peaceful, unarmed protesters at the Lekki toll gate in Lagos, young Nigerians hit the streets of Abuja and Lagos in their numbers, in commemoration of the incident.

It can be recalled in October 2020, some Nigerians hit the street to protest as they called for police reforms and for an end to police brutality across the nation.

Contrary to last year’s protest, the protesters today adopted a car procession approach in both cities with car horns tooting, flags waving and solidarity songs belting from their lips. The protesters moved in a convoy of cars around the Lekki toll gate where the shooting took place last year.

Meanwhile, hundreds of police officers were dispatched to Lagos and Abuja to keep the peace and to keep protesters at bay. The police had warned that street protests wouldn’t be tolerated.

However, the police began dispersing protesters at the Lekki toll in Lagos with tear gas canisters.

The Lagos Police Commissioner, Hakeem Odumosu elucidating why the Police dispersed the protestants, noted that he ordered his men to fire teargas canisters at the #EndSARS protesters today, October 20, 2021, because “miscreants had taken over”.

“I called Tope, who is representing the youths at the judicial panel and he told me that the commemoration protest is over. I called Femi Falana and he told me the protest will now be indoor”.

According to the Lagos Police boss, since the protesters said their commemoration was going to be done inside cars and would elapse at 10 am, it made no sense that people were still at the Lekki toll after 10 am.

“This is not a protest venue. We have the Gani Fawehinmi Park for protests”.

Mr. Odumosu further mentioned that he wouldn’t allow what occurred a year ago to transpire, referencing hoodlums hijacking the protests and burning down public facilities in the October 2020 event.

“We cannot ground the economy of Lagos because of a memorial. Today is a working day”.

Currently, a handful of protesters and journalists have been beaten and arrested. Some cars also belonging to the protesters have also been seized. 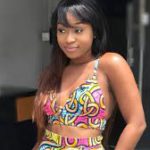 They [police] won’t stop us from protesting- Efia Odo charges 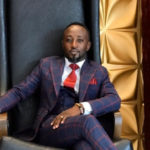 Can We Start Appreciating Something Without Down Playing Another?- George Quaye Laments 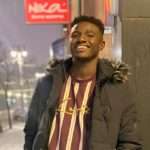 Stop raining insults on your comedians- Nasty Blaq to Ghanaians 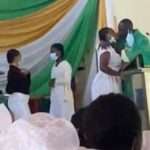