Deputy Minister for Tourism, Arts & Culture, Mark Okraku Mantey has hinted that the Kumasi theatre promised by the government will reach its full completion by the end of 2022.

Mark Okraku Mantey, during an interview disclosed the Government’s job for the creative industry is to create an enabling environment especially for people who have interest in creative arts; Therefore, the need to build a theatre that is going to house close to 2000 people.

In 2019, during the President’s third State of the Nation’s Address on February 21, he announced that work on the construction of the performance theatre was underway in Kumasi.

President Nana Addo Dankwa Akufo-Addo during his address disclosed that the Eastern Region Theatre was completed, and work was ongoing towards the construction of the Kumasi theatre.

Last year, there were reports that the Ministry of Tourism, Arts and Culture on behalf of the government signed a Memorandum of Understanding (MoU) with China Bengbu International Technology & Economic Cooperation Ltd for construction of a two thousand capacity theatre/conference Centre to be built in Kumasi, the Ashanti Regional capital.

In 2016, the New Patriotic Party (NPP) promised to build a large theatre in each region should they win power. In its manifesto, the NPP said, “We will pursue the construction of modern large seating theatres in every regional capital except Accra, beginning with Takoradi, Tamale, and Kumasi, as well as setting up an additional copyright office in Tamale to cater for the northern sector in addition to the existing ones in Accra and Kumasi”.

Meanwhile, several industry players and observers have time and again complained about how the industry is neglected and not taken seriously. However, contrary to this ideology, Mark Okraku-Mantey noted that the arts and tourism industry is a big deal for the President. He revealed that President Akufo-Addo views the ministry as more of a “business tool than a governance tool”.

“President Akufo-Addo sees this industry as a big deal. When he called me to become the deputy, what he said was that he does not need research to know that the industry is a good industry. The pictures are all over the world. In many developed countries, tourism is a big deal. And for the creative aspect, he knows how creative individuals In the West are rich. So, he doesn’t need any research to let him know that investing in this industry will bring profit”.

Mark further posited that because of the business mindset the President has about the industry, he decided to choose two business-minded persons to spearhead the ministry. Thus, the Minister of Tourism, Arts & Culture, Hon. Ibrahim Mohammed Awal and himself, Mark Okraku Mantey. 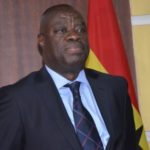 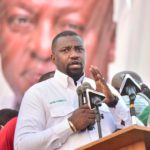 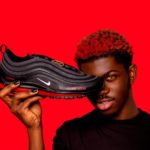 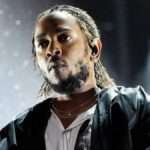