Who Leaked The Audio? MzGee and Husband Versus Gideon Boako

A collage of Dr. Gideon Boako and MzGee with her husband, Raymond Aquah

The leaked audio of veteran actor, Psalm Adjeteyfio, begging for “leftovers” from MzGee’s kitchen, has started an allegation circus, with MzGee and the spokesperson of the Vice President, Dr. Gideon Boako as ‘prime suspects’.

At the initial stage of the shenanigan, many accused and called out MzGee for leaking the private conversation with the actor. However, she denied doing such a thing and stated that the voice note in question was only sent to Dr. Gideon Boako of the Vice President’s office. Therefore, she suggested he could be the only one to be blamed for the leaked audio. She further cursed whoever leaked the audio for political gains, saying “may God show him and his cohorts what it feels like to be out for ridicule! May he never find sleep! May peace elude his home!”

Dr. Gideon Boako, reacting to MzGee’s accusation, alleged that MzGee’s husband, Raymond Acquah disclosed that MzGee had already planned to release a story on the leaked audio. He explained that he was equally shocked when the audio became public because he asked MzGee’s husband to tell her to put the story on hold.

“Where from this needless rant from MzGee. I don’t know you and have never dealt with you in my private or public life. It is your husband that I have a working relationship with because of the work I do. Your husband shares an audio with me in which a voice similar to that of the famous TT is speaking to someone (known to be you)”

According to Dr. Gideon, when he listened to the audio for the first time, he struggled to understand what it was meant for. He then claimed that Raymond Acquah graciously explained the import of the audio to him in a telephone conversation to the effect that, TT claimed he is being denied support because of the assistance from the Vice President and some other people including the Greater Accra regional minister.

Dr. Gideon further disclosed that he told MzGee’s husband that “it cannot be correct”, therefore, he should not publish the audio as he [Dr. Gideon] will delve into the matter. According to Dr. Gideon, as at the time, MzGee’s husband made him understand that she had written the story about TT’s issue already, however, he, the husband, was going to ask her to put it on hold.

Dr. Gideon then posited that he thanked Raymond Acquah. However, Dr. Gideon asserted that he was taken aback when days later, Raymond drew his attention to a publication on the said audio. Dr. Gideon claimed that Raymond made him understand that the publication was not from his wife or him, but someone at Peace FM used it during an entertainment show and got it published online. According to Gideon, he traced the supposed source to PeaceFM. But was yet to discover the person who leaked it online.

“I requested the link and your husband sent it to me. I told your husband I did not share it and so we should investigate. I contacted two different persons at peace FM, including our correspondent at the Jubilee House from peace FM, Pious. I have not yet received information as to how they got it”.

Dr. Gideon then chided MzGee saying: “You hurriedly come out to say I leaked it for political gains. Where is the political gain in this to me or my outfit?”. He, therefore, cautioned her to check her trails right and “stop the malicious propaganda”.

In an attempt to save the face of his wife and set the record straight, Raymond Acquah, the husband of MzGee, responded to Dr. Gideon’s post. In a Facebook comment under Dr. Gideon Boako’s post, Raymond Acquah stated categorically that, he contacted the Veep’s aide because of the relationship the office of the Vice President had established with the actor. He, however, denied informing Dr. Gideon that his wife was writing a story on the actor’s leaked audio.

“I only reached out on Jan 1, 2022, to seek clarification on the relationship established between your office and the actor and asked you to extend further help if it was possible. At no point in that conversation did I suggest to you that she or I was writing a story on the voice note. Since we agreed that nothing on that voice note cast any bad light on your office why will you seek to stop its release or thank me for not writing a story on it?”

Raymond Acquah further indicated that he was shocked by the claim that he and his wife promised to publish such a story.

“I am equally… I am absolutely certain no such statement came out of my mouth. She was right by my side during that conversation with you and when you asked me to share the voice note with you, she gave me the green light”.

Raymond Acquah then challenged Dr. Gideon saying: “I know you may have the ability to record phone conversations like the one that transpired between us on Saturday, Jan 1, 2022, or have at your disposal top-notch security technology to obtain the same. Please, I beg you in the name of God, publish it here let everybody listen to the conversation, and determine for themselves whether I said anything about writing a story and or releasing any tape.

“In fact, if you release the conversation and it backs your claims about an indication on my side to release any tape or write any story, I will resign from my current employment and never practice journalism ever again”.

Raymond Acquah concluded and said: “even if you were incensed by what she wrote, you gave me your word that you will take this down when I asked you to amend it to reflect the truth, I pray you to keep your word”.

Based on all these revelations and explanations, the question, ‘Who then leaked the audio?’ is still boggling the minds of many as they try to get to the root of this issue. Well, hopefully, whoever the perpetrator is, is expected to come out and own up to his or her mistake and probably apologize. 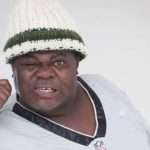 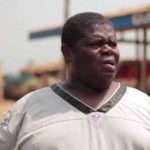 I begged for ‘leftovers’ not food, it’s figurative- Psalm Adjeteyfio 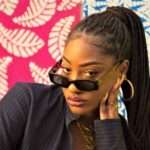 Tems hints at releasing an album, hopes to collaborate with Wizkid 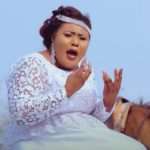