Facebook Inc. is seeking to dominate India’s emerging $ 1 trillion digital loan market. A market which already has technology giants such as Xiaomi Corp. establishing its presence.

More big tech firms are currently focusing on India’s digital payment as online transactions increased during the wake of the pandemic.

“We will continue to look for investment opportunities in early-stage start-ups, and we are focused on backing innovative models that have the potential for growth not only in India but can also scale up globally.”

Furthermore, according to the Boston Consulting Group (BCG), India’s digital lending (loan) market is “expected to treble to $ 350 billion by 2023 and reach a total of $ 1 trillion in the five years since 2019”.

Mr. Saurabh Tripathi, the Managing Director and Senior Partner at BCG’s Financial Institutions Practice disclosed that traditional payments’ systems are not profitable because the Indian customer requires a digital experience.

“The payment business hardly makes any money, but lending makes a lot of money. Indian consumers are waiting for more appropriately designed digital experiences and many players are jumping at this opportunity.”

Furthermore, the social media giant, Facebook’s strategic move into India coincides with the Chinese ‘maker of everything’ Xiaomi Corp.

Xiaomi Corp. is believed to be the ‘Jack of all trades’; it produces things ranging from rice cookers to gaming monitors.

The Chinese company also plans to venture into offering loans, credit cards, and insurance products in partnership with some of China’s biggest banks.

Meanwhile, as the traditional lenders have become more cautious following the rise in bad debt during the pandemic, the prospect of India’s digital loan market will become promising and so is the associated risk factors.

India’s bad loan is forecasted to rise to 11.3% rendering it the worst performer among major economies for the second consecutive year.

Amazon.com made its maiden investment into India’s wealth management sector by “participating in a $ 40 million round by fintech start-up Smallcase Technologies Pvt”.

Similarly, Alphabet Inc.’s Google is beginning to scale up its game by offering wealth management products in forms such as ‘digital gold’ and mutual funds on its Google Pay platform.

This portfolio investment strategy by Google is currently linked with several Indian lenders who open time deposit accounts for its customers.

Also, Prosus NV has agreed through PayU, its payments and fintech business to acquire BillDesk an Indian online payment service provider for an estimated $ 4.7 billion, rendering it the biggest global acquisition in India till date.

This acquisition will help make Prosus NV a digital heavyweight with a total volume of $147 billion.

“We have a long and deep relationship with India, having supported and partnered with some dynamic entrepreneurs and new tech businesses since 2005.

“We’ve invested close to $ 6 billion in Indian tech to date, and this deal will see that increase to more than $10 billion.”

Meanwhile, India is disclosed to be the first country Facebook is investment in, by rolling out its small business loan program offering loans through a partner to firms that advertise on its platform. 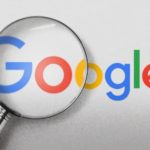 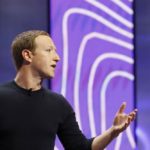 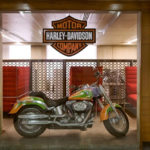 Harley-Davidson pulling out of India, the world’s biggest motorcycle market. 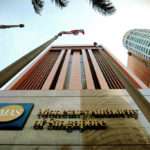 Poor remuneration not an excuse for fraudulent activities- John Awuah