Jelena McWilliams -Board Chairman of the Federation Deposit Insurance Corporation

The Board Chairman of the Federation Deposit Insurance Corporation, Jelena McWilliams has disclosed that some fintechs are hastily applying for banking licenses in the United States.

Speaking at a conference on fintech, she revealed that the transition of fintech companies from their existing partnerships with traditional banks has increased tremendously.

Ms McWilliams explained the rate at which fintechs are making the application is likely to cause some levels of competition between the fintech companies and the traditional banks.

IBM to Introduce Two Digital Products to Banks in Ghana

“Fintech companies are rushing to apply for banking licences, and quite a few have already been approved.

“The first to lead this trend was fintech giant Square, which was able to obtain approval to create an industrial bank from the Federal Deposit Insurance Corporation (FDIC).”

Since Square successfully secured its operational banking license, some other fintechs such as “Varo Money, LendingClub, SoFi, Figure and Oportun” have gained grounds to apply for US banking license, McWilliam disclosed.

Some of these fintech companies have recently secured their operational banking license while others have their applications pending.

The Board Chairman explained that the increasing mass usage of fintech apps is testament to the kind of revolution fintechs present to the traditional banking sector.

“One notable development in the increasingly widespread use of fintech apps is the merging of banking and fintech that we are beginning to see.”

A wake-up call to traditional banks

Fintech companies which partnered with traditional banks for modern day comprehensive banking services provision are now in pursuit of their own glory.

With the fintech companies fully armed with the technicalities of traditional banking in conjunction with their technological expertise, they are ready to colonize the banking sector.

However, the Board Chairman emphasized that, their independence comes with greater responsibility as fintech companies will now be subject to astute banking regulations.

“This change in status will also subjugate fintech companies with an increased amount of regulation and oversight.”

In the meantime, fintech companies will continue to leverage on their witty technological capabilities to provide “easy, convenient, quick and low-cost methods of serving the financial needs of individuals and businesses”.

Ms McWilliam further opined that with traditional banks ‘in the know’ of the innovative abilities of fintech companies, they must act speedily to “develop their own mobile banking technology to stay competitive”.

Furthermore, the Board Chairman revealed that Square for instance, is focused on service provision to “small businesses, which has never been more important” since the corona virus affected profit margins of most fintechs.

This development, she stated, has inspired most fintech companies to wholly centre their operations around service provision to small business.

Additionally, McWilliam highlighted that fintechs will not hesitate to thwart the efforts of any bank that desires to operate in their domain.

“Servicing the small business market brings ample opportunities for fintech, as this historically has been ignored by traditional financial institutions.”

In the meantime, the “fears that fintech will completely supplant the existing financial services sectors have been reignited”, Jelena McWilliams disclosed. 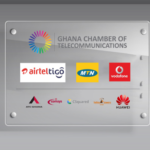 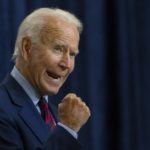 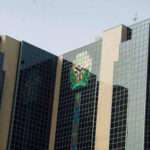 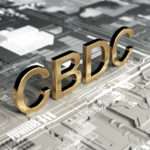