The Eastern Regional Health Directorate has stated the spread of the current wave of the COVID-19 infection is worrying looking at the fast pace at which cases are surging.

The Regional Health Director, Dr Winfred Ofosu, also expressed worry at the rate at which the cases also in the Eastern Region were increasing as compared to the slow rate last year. He revealed that, many districts and Municipalities were recording multiple cases in the second wave of the virus.

Dr Ofosu then blamed the situation on complacency that set in particularly during December which was dominated by political activities and Christmas festivities where many residents relaxed with the strict adherence to the safety measures put in place by health professionals and the government.

He further revealed an increase in case count in the Eastern Region, stating that, as at January 27, 2021 the number of active cases in the region stood at 135 active cases out of 195 cases recorded since the beginning of 2021

“And if you look at the beginning of the year we’ve confirmed 195 cases. So, the case count is increasing in the region and as the President said, we all need to take responsibility to protect ourselves, our families and our friends.”

He also indicated that, contact tracing is still ongoing in the region to ensure those who had contact with positive cases are tracked and submitted to Clinical procedures.

Dr Winfred Ofosu urged residents of Eastern Region to wear their nose masks and obey the protocols to help minimize the rate of infection and also advised that, individuals who feel sick go to the hospital for in-depth examination of their conditions to help detect early cases for timely management.

According to reports from the Ghana Health Service, at least 13 more persons have died of COVID-19, increasing Ghana’s death toll  from 377 to 390. The GHS also reports that, 625 new cases have also been confirmed taking the active case count to 3,940.

Cumulatively, Ghana has recorded an official case load of 63,883 cases of COVID-19 as of January 29, 2021 with 59, 553 patients who tested positive for the virus reported to have recovered and been discharged.

According to reports by the GHS also, at the moment, the country is reporting 98 and 35 severe and critical cases respectively adding that, none of these infected persons is on a ventilator.

Meanwhile, the Child Health Directorate of the Komfo Anokye Teaching Hospital (KATH), has disclosed that, it has recorded 25 confirmed cases of COVID-19 in children.

According to KATH, fourteen of the cases resulting in two deaths were recorded last year, while the beginning of this year had also seen nine confirmed cases and one death, according to the authorities.

Professor Sampson Antwi, Head of the Directorate, briefing the media in Kumasi, said the latest confirmed cases involved an 11-day old baby. He said three of the cases recorded in January, this year, had already been treated and the children discharged, while the rest were being dealt with.

Professor Antwi stressed that those cases recorded last year had an age range between three months to 14 years. He described the development as worrying and cautioned the citizenry to endeavour to abide by the safety protocols since everybody was at risk. 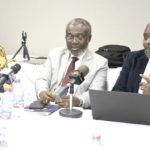 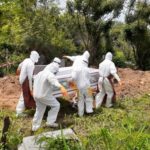 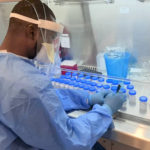 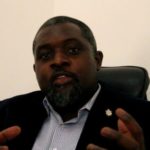