Our debt has ballooned to unsustainable levels- Mahama

Former President John Dramani Mahama has disclosed that the country’s debt has ballooned to unsustainable levels which has led to rampant increments in the prices of goods and services.

According to him, COVID-19 shouldn’t be cited by government as reasons for borrowing as other countries have avoided increasing their debts and deficits “because of more prudent management of their economies”.

Mr Mahama made these revelations at the NDC Professional forum on the state of the economy held today, September,6 2021.

“COVID-19 has become the convenient whipping boy and has been cited as the reason for the crisis we face now. Yes, the COVID-19 affected the economy… it is however not the main reason why we are in the current hole we find ourselves. COVID-19 only became a pretext for reckless election related expenditure which produced the largest ever budget deficit in recent economic history of Ghana last year.

“Our debt has ballooned to unsustainable levels, topping 80% of GDP and topping 80% of GDP; exposing us to a very high risk of debt default. Almost all of our tax revenue is used to service our debt and the effect has been the introduction of several new taxes”.

Additionally, the former President revealed that when the NPP came into power, they boasted that their “reserves has grown so big”. As such, if any external shocks affected the country, Ghana will be able to go “three months without seeking any external assistance”.

Mr Mahama however explained that “when COVID hit, it didn’t take two weeks for the Ghanaian economy to go on its knees”.

Government must accept mismanagement of economy

Furthermore, the NDC flagbearer called on government to accept responsibility for the current state of the economy and not pin their irresponsibility on the pandemic.

Mr Mahama explained that the state of the economy is as a result of government’s “consumption expenditure” and “desire to spend beyond our means”.

“This has been the luckiest government under the fourth republic. They have benefitted from 60% of all the oil revenue accruing to Ghana since we began producing oil.

“They have also increased our debt by almost twice the total amount of all previous governments put together. All of this notwithstanding, they have the least to show in terms of tangible gains or capital investments”.

Highlighted achievements of the NDC

In highlighting the achievement of his government, Mr Mahama revealed that when they inherited the oil economy in 2009, they put in place the necessary mechanisms “to ensure that Ghana derives the maximum benefits”.

Touching on the Petroleum Revenue Management Act, he noted that his government set up the stabilization and heritage funds.  In exiting in 2017, Mr Mahama recounted that his government also left about $500 million in the funds. In lieu of this, he emphasized that he tackled the power crisis prior to leaving office in January 2017.

“We had sufficient generation capacity to withstand future shocks. We brought stability and reliability to fuel supply for power generation when we built the Atuabo Gas plant to process gas.

“As I said, we setup the energy levy act which by 2024 should have yielded up to about GHC40 billion. This stands as a good step to overcome the stifling legacy debt in the energy sector and help address the liquidity challenges in that area”.

Read Also: COCOBOD’s syndication loan to go up by 15.4 percent next season 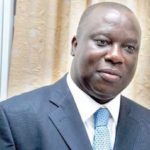 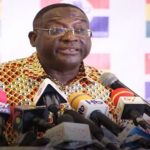 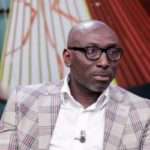 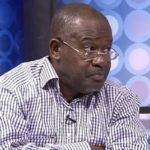