Member of Parliament for South Dayi, Mr. Rockson-Nelson Dafeamekpor has averred that Parliament is incapacitated when it comes to matters of illegal mining in the country.

He made this statement whiles speaking on the President’s will to end the menace and punish individuals who are found partaking in the activity.

“Parliament is incapacitated on matters of illegal mining. In fact, Parliament has formed groups severally to go and look into the ‘galamsey’ matter severally. A report was prepared, laid, debated before Parliament and that was the end. We don’t have the force. The entity that has the power to enforce our laws is the Executive. We don’t have the prosecutorial powers.”

He said Parliament in the course of the years have not done much about the issue of small-scale illegal mining.

Countering the argument Member of Parliament for Nhyiaeso, Dr. Stephen Amoah, was of the view that Parliament is capacitated on illegal mining matters.

He explained that this was so because almost every expenditure involved in the fight will have to go through approval stage in Parliament. This, he said, gives them the power to tackle mining issues.

Dr. Amoah further said the current government under President, Nana Addo Dankwa has the political will to confront issues of ‘Galamsey’.

“Galamsey has been a problem from previous regimes but the President said he will put his Presidency on the line to stop it.”

On the other hand, Mr Dafeamekpor has called for an audit of the COVID-19 expenditure and the trust fund.

“We need to audit the COVID trust fund. Monies have been donated but we don’t know how much. So, we need to know how much came in and how much was spent.”

He averred that as much as the expenditure from the COVID-19 fund is not transparent,;the public is also not getting true accountability as to how the funds were spent.

“And some of the agencies appeared before the trades committee…and if you look at the expenditure lines submitted during the budget estimate hearings, it leaves a lot to be desired. For instance, in the report it was stated clearly that they gave food to 470,000 families. Families from where?

“But the budgetary report that was brought before the committee, we were told that almost 500,000 families received support. These are the basis upon which we are asking for an audit.”

He indicated that the expenditure for over the past one year has to be critically looked into, especially that of COVID-19.

This comes on the back of a corruption risk assessment report by the Community Development Alliance (CDA-Ghana) on strengthening covid-19 accountability mechanisms. According to the report government engaged in procurement breaches and huge corruption risks.

However, Dr. Stephen Amoah, said that it will be very hasty and unfair;to infer all the findings that the report has brought out are correct.

Mr. Amoah posited that the report has to be looked at critically. He said the nation must also be holistic in tackling corruption issues in the country. 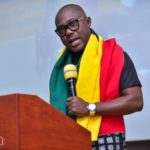 Minority Owes An Explanation For Unanimous Approval Of Finance Minister 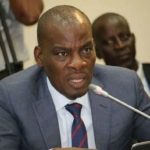 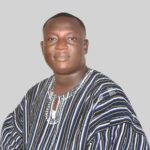 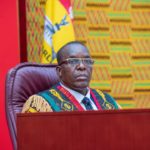 Government Accessed and Utilized $2.14b to fight COVID-19- CDA