A new research has found that the habitats of West African (western) chimpanzees are threatened due to inadequate legislative protection from human activities. It calls for drastic measures to protect the environment to safeguard this rare spices.

The University of Kent’s Durrell Institute of Conservation and Ecology (DICE) conducted the study across the eight range countries of the western chimpanzee. This include Côte d’Ivoire, Ghana, Guinea, Guinea-Bissau, Liberia, Mali, Senegal, and Sierra Leone.

The study states that the Western chimpanzees have been classified as critically endangered since 2016, having declined by 80% in 24 years. According to the study, the main reason for the continuing trend of species decline is human activities. This include poaching, habitat loss and habitat fragmentation.

Despite the threat, the study finds that the western chimpanzees are legally protected throughout their range. However, it notes that about 83% of the population lives outside of protected areas.

“They are therefore at risk from human development, especially open-cast mining which can be highly destructive”.

Also, the research suggests that the national legislation in place to regulate the environmental impacts of proposed development requires reforms. These reforms must include improved incorporation of mitigation hierarchy principles.

Dr Tatyana Humle, Thomas Evans and James Wingard are the co-authors of the study. The research reviewed a total of 175 laws across the eight range countries of western chimpanzees. It also cited Costa Rica as a benchmark of best practice.

The authors explained that they selected Costa Rica as a benchmark of good practice because of its quality of biodiversity laws. Overall, the study finds that the performance of the eight countries fell substantially below that of Costa Rica.  However, the authors noted that there were some isolated good examples in some of the countries.

The researchers’ analytical framework assessed each country’s legislation laws for avoiding impacts on chimpanzees. The framework also highlighted means of minimizing and remediating impact on chimpanzees and the use of biodiversity offsets.

“The Environmental Impact Assessment (EIA) procedures utilized by the countries examined do not go far enough to protect western chimpanzees. With global biodiversity loss occurring at an alarming rate, this is a major concern”.

On his part, Thomas Evans stated that mitigation hierarchy principles are critical to species conservation.  According to him, they help to regulate the environmental impacts of projects that are not reliant upon development bank or other debt-financing markets.

As such, he urged the countries in this zone to enforce their regulations on environmental protection to safeguard the spices.

“A tightening of legislation is necessary to ensure that avoidance, remediation and offset measures are implemented in line with the objective of safeguarding the habitat of this critically endangered species” .

Global biodiversity loss is occurring at an alarming rate. The authors highlighted that there is  a growing consensus that the world is entering a sixth mass extinction. Rapid human development and associated habitat loss, principally through agriculture, infrastructure and extractive industries, is a significant contributor.

A survey of data from the IUCN’s Apes Database indicates that there are nearly 53,000 western chimpanzees in West Africa. The number is significantly higher than previous estimates, which placed the population closer to 35,000. But the subspecies remains categorized as critically endangered on the IUCN Red List. 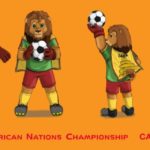 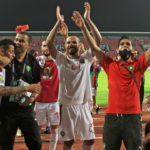 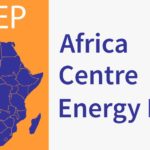 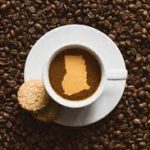 Ghana’s coffee consumption to grow by 5.9% over the next five years
Tags: Côte d'IvoireghanaGuineaGuinea-BissauliberiaMaliSierra LeoneWestern chimpanzees