Google to invest $1 billion in digital transformation across Africa

Google has stated it will invest $1 billion over the next five years to allow for faster and more affordable internet access and support entrepreneurship in Africa.

Google’s ‘digital transformation’ investment will include landing a subsea cable into the continent to enable faster internet speeds.  Other focus areas include, but not limited to, the provision of low-interest loans for small businesses, equity investments into African startups, and skills training.

The plans were revealed today, October 6, 2021, at an event led by Google and Alphabet CEO, Sundar Pichai.  Putting the most senior executive of the company at the top of the event is a mark of the priority that the company is placing on Africa.

“We’ve made huge strides together over the past decade — but there’s more work to do to make the internet accessible, affordable and useful for every African. Today I’m excited to reaffirm our commitment to the continent through an investment of $1 billion over five years to support Africa’s digital transformation, to cover a range of initiatives from improved connectivity to investment in startups”.

Google said it will inject the investment in projects to be implemented in countries across the continent including Nigeria, Kenya, Uganda and Ghana.

The subsea cable will cut across South Africa, Namibia, Nigeria and St Helena, connecting Africa and Europe. It will provide approximately 20 times more network capacity than the last cable built to serve Africa, said the managing director for Google in Africa, Nitin Gajria.

“This will lead to a 21 percent reduction in internet prices and increase internet speed in Nigeria and almost triple in South Africa”.

It is projected to create about 1.7 million jobs in Nigeria and South Africa by 2025 as the digital economy grows.

Google also announced the launch of the Africa Investment Fund, where it will invest $50 million in start-ups across the continent.  With this Fund, Google will provide start-ups “with access to Google’s employees, network, and technologies to help them build meaningful products for their communities”.

The company said it will additionally disburse $10 million in low-interest loans to small businesses in Nigeria, Ghana, Kenya and South Africa, to alleviate hardships brought about by the COVID-19 pandemic. Google stated that it will do this in partnership with Kiva, a San-Francisco based non-profit lending organization. It pledged $40 million to non-for-profit organizations improving lives in Africa.

“I am so inspired by the innovative African tech startup scene. In the last year we have seen more investment rounds into tech startups than ever before. I am of the firm belief that no one is better placed to solve Africa’s biggest problems than Africa’s young developers and startup founders. We look forward to deepening our partnership with, and support for, Africa’s innovators and entrepreneurs”

The developing world represents the best chance of growth for large internet companies. For instance, internet reliability remains a problem in Africa where less than a third of the continent’s 1.3 billion people are connected to broadband, according to the World Bank. 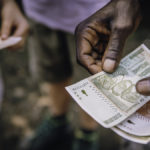 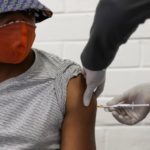 African nations encouraged to use AstraZeneca vaccine despite COVID-19 variants 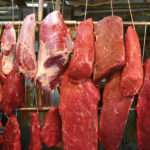