Aso, as Bloomberg reports, has served as Finance Minister for nearly nine years. He has held onto power longer than anyone in modern times.

Suzuki, aged 68 years, serves on the ticket of the Liberal Democratic Party (LDP). He has previously served as Minister of Environment under the Junichiro Koizumi led government.

Due to Suzuki’s strong political ties, he is viewed as a steward of the status quo, much like his boss, Prime minister Kishida.

Speculations have it that, the new Finance Minister is likely to commit to the fiscal policies of recent years.

Suzuki is also expected to deliver on his mandate by continuing to support the Bank of Japan’s Bond and ultra-low interest rates.

The new Finance Minister stated that, he would commit all efforts to do his best. However, there are rumours he might succumb to pressure to spend more.

“I [Suzuki] haven’t gotten any specific instructions from the prime minister yet regarding an economic package, but he [Kishida] has talked about a new form of Japanese capitalism and creating a vicious cycle of growth and wealth distribution.”

Yuichi Kodama, an Economist at the Meiji Yasuda Research Institute, stated that, “Suzuki doesn’t strike me as someone who’ll stick to his own principles”.

“He [Suzuki] is more the kind of a person who’s keen on coordinating efforts. He won’t object to Kishida’s plan to keep spending until the pandemic comes to an end.”

Ahead of the 49th general election of the members of the House of Representatives, which is scheduled for 31st October 2021, Suzuki is expected to play a key role by communicating government policies to electorates.

As reports disclosed, Suzuki will inherit series of challenges that include getting Japan’s Covid-19 hit economy back onto a solid recovery track.

The new Finance Minister will start budgeting for a stimulus package that his boss, Prime Minister Kishida, has said will be in the 10s of trillions of yen.

Suzuki is expected to fix the country’s aging population which has caused social security spending to balloon, contributing to a debt-to-GDP ratio that reached nearly 240% last year.

Prime Minister Kishida has expressed his support for the Bank of Japan’s 2% inflation target and there is the unlikelihood he’ll push for any short-term changes in monetary policy.

Suzuki probably won’t have to contend with rising bond yields as he stewards Japan’s finances for the time being, Bloomberg unveiled.

Japan’s new economic team includes Koichi Hagiuda, a holdover from the last cabinet who becomes Minister for Trade, and Daishiro Yamagiwa, another lawmaker in Aso’s faction, who has been named Economy Minister.

Meanwhile, Foreign Minister Toshimitsu Motegi and Defence Minister Nobuo Kishi stayed on in their capacity from the previous administration.

Yuki Masujima, a Lead Economist at Bloomberg stated that “the new economic team appears to reflect ‘Asonomics’ rather than ‘Abenomics’”.

“In the short-term, fiscal stimulus will be added to fight against Covid-19. But in the medium-term, the administration could aim to normalize fiscal and monetary policy.”

Masujima, revealed that, new cabinet may struggle to attract the interest of voters, given that majority of its members are party veterans.

Also, the Lead Economist stated that, out of the 20 members, just three are women. This is a sign of the administration’s conservatism and a lack of progress towards gender equality in Japan’s male-dominated politics. 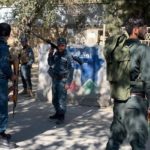 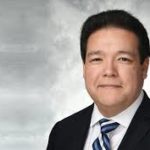 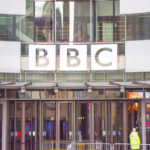 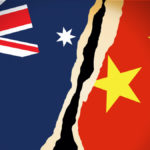 I Fear for my Future – Kumi Guitar