Two death row inmates in Japan are suing the government claiming that the practice of not informing inmates of the time of their execution until only hours before they are hanged is inhumane.

In what is believed to be the first legal challenge of its kind,;the prisoners have demanded changes to the procedure and ¥22m ($193,021) in compensation, in a suit filed with a district court in Osaka.

Their lawyer, Yutaka Ueda,;claims that the short notice given to death row inmates before they are led to the gallows is illegal;since it does not give condemned men and women enough time to object.

“Death row prisoners live in fear every morning that, that day will be their last. It’s extremely inhumane. Japan is really behind the international community on this”.

Lawyer Ueda said there was no legal requirement for inmates to be informed so close to their execution,;adding that the practice was a violation of the country’s criminal code. He criticized Japan for executing or placing mentally ill and intellectually challenged prisoners in solitary confinement. Also

“The central government has said this is meant to keep prisoners from suffering before their execution,;but that’s no explanation and a big problem,;and we really need to see how they respond to the suit. Overseas, prisoners are given time to contemplate the end of their lives and mentally prepare. It’s as if Japan is trying as hard as possible not to let anybody know”.

Japan, where over 100 inmates are awaiting execution,;is one of the few developed nations that still have the death penalty. Executions are usually implemented long after sentencing,;always by hanging.

For decades, authorities have always told death row, inmates, just hours before an execution is carried out. The practice has long been criticized by international human rights organizations for the mental anguish it causes. Japan and the US are the only industrialized democracies that still carry out executions.

Notable among these human right organization is Amnesty International;which has accused Japan of subjecting death row inmates to;“cruel, inhuman and degrading” treatment,;including the short time prisoners are given to prepare themselves for their execution and the many years they spend in solitary confinement.

Amnesty International in a report stated that the practice of telling inmates they are to be hanged just hours before they are taken to the gallows cause significant mental illness. The organization based on this called for an immediate halt to executions.

The report,;based on medical reports and interviews with the inmates’ relatives and lawyers, says the men’s families are told only after the sentence has been carried out.

The death penalty in Japan is usually imposed in cases that involve multiple murders. While on death row,;those serving capital sentences are generally isolated from other prisoners,;excluded from prison educational and employment programs,;and sharply restricted in terms of visitation and exercise, spending as many as 23 hours a day alone in their cells. 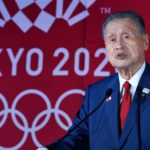 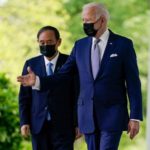 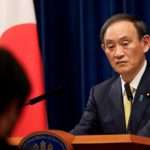 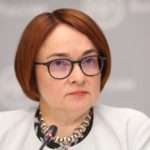 AfDB, others Promise to Commit more Resources to Improve Land Governance in Africa