The World Bank has advised the Government of Ghana to adopt the use of carbon charges as a tool to both expand and diversify fiscal revenues, while also helping Ghana meet its climate commitments and generating climate co-benefits.

In a new report, the World Bank highlighted the country’s abysmal revenue mobilization efforts over the years and the sheer reliance on a few revenue streams due to generous tax exemptions. To increase domestic revenue mobilization and enhance sustainability in key sectors, the Bank recommended the use of carbon charges, a form of environmental taxation.

Carbon charges are a form of carbon pricing, whereby fees, charges, taxes, or permits are applied to fossil fuels, with rates varying with the carbon content of the fuel. “Such charges could form a valuable source of revenues while also contributing to climate targets.”

Ghana has committed to national emissions abatement through its nationally determined contributions (NDCs). By shifting energy consumption away from fossil fuels, carbon charges can also have development co-benefits, or a positive impact on other development outcomes.

These include reducing the negative health effects of air pollution and encouraging the use of public transport, thereby reducing congestion in cities and boosting agglomeration effects and productivity.

Analysis of Carbon Charges in Ghana

Based on an analysis of the potential impact of two scenarios for carbon charges in Ghana, they could be an important source of revenue generation. The pervasive nature of climate change poses a threat to the country’s historical and future development gains, the Bank said. A feasible solution is to invest in climate adaptation measures, which carbon charges could fund.

Considering these scenarios, “the largest source of revenue generation would be from carbon charges on diesel, accounting for just over one-third of revenues in 2030 in the moderate scenario”.

The government could employ an implicit carbon pricing to cocoa through an environmental fee-and-rebate (feebate) mechanism that allows policy makers to set variable tax rates corresponding to the emissions intensity of production, the Bank said.

“Cocoa could be charged based on the assumption that production is not sustainable (i.e. involved in deforestation or other emissions-intensive methods), and producers could receive a tax rebate if they could prove that it was produced sustainably. Environmental feebates have worked successfully to reduce emissions in other sectors and countries.”

For example, in the automotive sector of several countries, cars with emissions below a certain threshold receive a subsidy that is financed by cars above the threshold.

Another is Switzerland’s palm oil sector, which it decided in March 2021 to apply a default rate of tariffs on imported palm oil on the assumption that it stems from deforestation, but grants a reduced rate if the palm oil is certified as deforestation free.

The World Bank said the scheme suggested for Ghana is similar: it would tax a ton of cocoa at a default rate unless it is certified deforestation free, in which case a lower tax rate would apply.

It can be recalled that in its 2022 Budget Statement, the government introduced a 1.75% tax on electronic transactions (E-levy) as a means of widening the tax net and increasing revenues, but this has since its announcement encountered stern criticisms from sections of the public.

Experts have indicated that by going ahead with this, the country risks injuring its cashlite drive. To avoid this, the government can adopt the use of carbon charges as an innovative way of raising revenue while also contributing to its fight against climate change.

READ ALSO: Ghana’s Savings Rate Almost The Same As It Was 23 Years Ago – World Bank Report 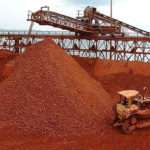 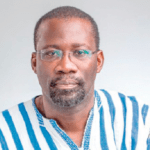 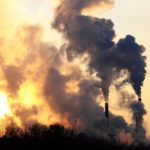 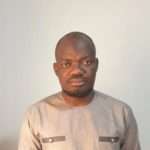