This notwithstanding, the main reason for the improvement in the trade balance is an overall expansion in the country’s exports in the first half of the year as all the three major export commodities: gold, cocoa and crude oil picked up as the world economy recovers. The recent data from the Bank of Ghana show that total exports currently stand at US$7593.2 million at the end of June 2021, up from US$1355.4 million recorded in the first month of the year.  This means that revenues from exports of these commodities have gone up by 4.6 times their value at the beginning of the year.

Meanwhile, among the commodities, gold recorded the best performance in the first six months of the year and is now the main foreign exchange earner for the country as of the end of H1 2021.  Gold exports rose from US$507.6 million at the end of January this year to US$2666.7 million at the end of June. This means revenue from gold accounted for 35% of total exports in the first half of the year.  Currently, Ghana is the largest producer of gold in Africa and the 6th globally.

Moreover, after a decline in global oil prices last year, price of oil begins to improve as the restrictions that disrupted supply chains are being lifted. In January, revenue from crude oil was US$268.0 million, it however, rose to US$1757.1 million at the end of June 2021. This means that Ghana stands to gain a lot should crude oil prices continue to remain high throughout the year.

Cocoa has been a major contributor to Ghana’s economy prior to the recovery of crude oil and has continued to play that vital role in the country, as the country currently ranks second largest producer in the world. Cocoa exports rose from US$ 370.1million in January 2021 to US$ 1741.8 million at the end of June this year.

The trade surplus can help strengthen the country’s currency relative to other currencies. In terms of trade effects, a trade surplus means there is high demand for a country’s goods in the global market, which pushes the price of those goods higher and leads to a direct strengthening of the domestic currency. So far this year, the cedi has performed quit well against the US dollar, the major trading currency in the world. As of July 2021, the cedi has depreciated by 0.6% compared to 2.5% depreciated recorded in July 2020. H1 H1 H1 H1 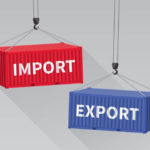 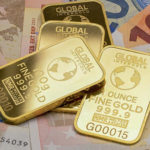 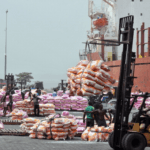 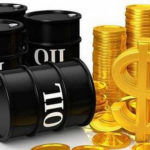