Laurette Korkor Otchere, the Deputy Director-General of Operations and Benefits at the Social Security and National Insurance Trust (SSNIT), has disclosed that as of November this month, the Trust withheld the pensions of about 24,333 pensioners, amounting to GH¢186.58million.

The Deputy Director-General made the revelation at a three-day operations conference in Koforidua. She indicated that the affected individuals are those people who have not re-enrolled biometrically or not completed/renewed their Pensioner Certificates, and thus have been deleted from the pension payroll since the exercise started in 2018.

According to Laurette Korkor Otchere, the deactivation exercise is a mechanism put in place by the Trust to ensure that pension is paid to only retirees who are alive. However, in cases where an account is deactivated, the Trust will reactivate such account when the pensioner renews his/her certificates.

The Deputy Director-General announced that the Trust has finalised an arrangement with the Ghana Revenue Authority to share data (PAYE records), which is likely to lead to an increase in the number of workers being insured to receive a pension from SSNIT. This is also expected to help ensure employers pay the right contributions for their workers to receive commensurate pensions.

As of September, this year, 2021, over GH¢230million remains outstanding in debt by the private sector to the Social Security and National Insurance Trust (SSNIT) due to defaults, according to the Trust. About 7,951 criminal cases remain pending in court against employers for various offences: including failure to register establishments or workers; failure to submit Contribution Reports or employers’ records; and failure to pay contributions and associated penalties.

According to the Trust, a total of GH¢1.8billion has been made in benefits payments to pensioners during the first half of 2021; representing an 8.17% increase in benefits paid compared to the 2020 figure of GH¢1.66billion.

The Trust paid GH¢1.58billion as pensions and GH¢8.81million to invalid pensioners, whereas total lump-sum payments were about GH¢214.29million. These were made up of payments to survivors, old-age members of the scheme, refunds and emigrants.

The invalidity pensions arrangement is for those who had contributed for at least 12 months within 36 months before the sickness or accident occurred, and have been certified by a medical board as not being able to work again; hence they are eligible to enjoy the benefit from SSNIT, and they will be paid for the rest of their lives unless they recover at some point. 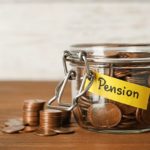 SSNIT pension payments down by GH¢7m in November 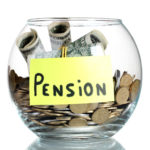 Pension Payouts not enough to sustain many retirees 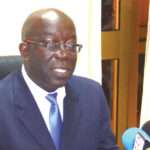